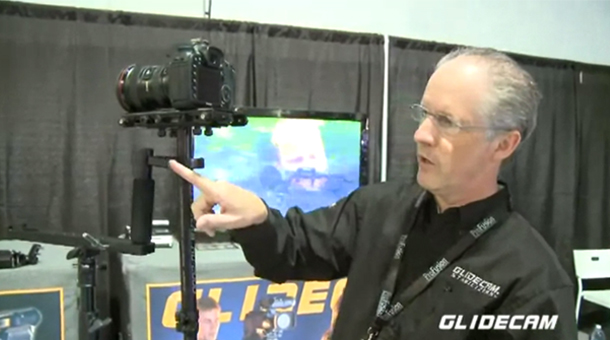 Instructions;
The cover of the Glidecam 1000/2000/4000 central bearing can be loosened via a size 10 torx head screw, then four small set screws (size 1/16” allen wrench) found on the intersecting line, perpendicular to one another on the sides of the central bearing, can be adjusted to calibrate the alignment, centering the bearings alignment resulting in greater performance.

Step 2:
Turn camera 180 degrees; if out of alignment adjust the downward side of the yoke via the small set screws by turning the screw clockwise, in-turn “pushing” the central bearing in the opposite direction. Start by only making 1 to 2 rotations of the adjustment set screws, as this is incremental adjustment, (.032” per rotation) and does right slight adjustments. Move to step 3.
During this process you must also loosen the counter set screw back-stop, opposite screw from the ‘active adjustment set screw’, one on the ‘downward’ side of the yoke.

Step 4:
Then rotate back to 180 degrees, if still out of alignment repeat steps 2-4.