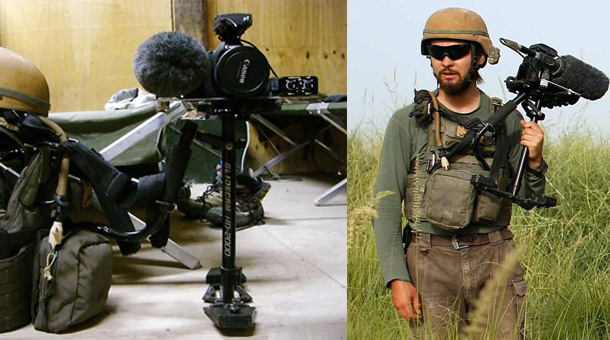 Dennis Dafung’s gift and ability to use his Glidecam help him to produce incredible work from Afghanistan where he works as an embedded photojournalist. His filming is both editorially and visually compelling – especially given the extreme conditions under which he works. His work his featured the documentary, “Hell and Back”, “Battle for Hearts and Minds”, as well as having his footage featured on PBS Frontline.

from Danfung Dennis on Vimeo.

What does it mean to lead men in war? What does it mean to come home? Hell and Back Again is a cinematically revolutionary film that asks and answers these questions with a power and intimacy no previous film about the conflict in Afghanistan has been able to achieve.

In this groundbreaking work of cinema, two overlapping narratives are brilliantly intercut – the life of a Marine at war on the front, and the life the same Marine in recovery, at home – creating both a dreamlike quality and a strikingly realistic depiction of how Marines experience this war.

Following Sergeant Nathan Harris of Echo Company, 2nd Battalion, 8th Marine Regiment, during a major assault on a Taliban stronghold, and his painful return home after a severe injury, the two stories communicate both the extraordinary drama of war and the no less shocking experience of returning home, as a whole generation of Marines struggle to find an identity in a country that prefers to be indifferent. 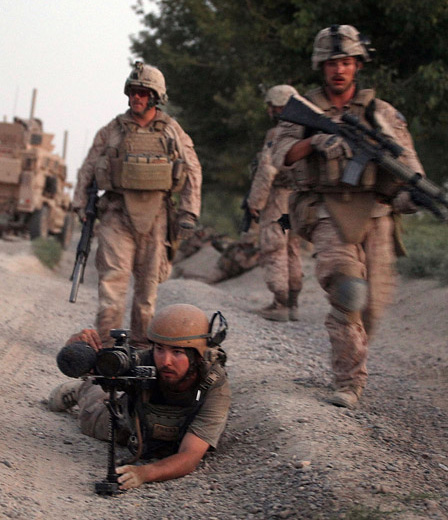