It all started with the notion that Hey! Here I’m the only Steadicam operator in Milwaukee and, by god, I’m going to revolutionize the look of the commercial industry. I mean, here I was fresh from the mountain of the Steadikport, with enough of the basic skills, insights, and, of course, the how to, what to do, and the determination to do all that was necessary to fly this rig into a place of renown in an otherwise vacuous market. However, there was to my dismay one small oversight, the gothic gargoyle!

The sudden gust of hot methane gasses spewing forth from blood-red gills, the ceaselessly unrelenting flashes of bared claws and fangs, soon told me I had arrived in the gothic marketplace. It’s curator had an untiring will for staying the course of what was known; the conviction to maintain the closed ranks of the most base idealism.

“Dolly and track has worked for years and it sells. Don’t fix it if it works,” became a litany-response through the gothic gargoyle ranks. Needless to say I developed gash after gash in my Steadih prospects of great expectations spiraling like pinwheels off my open wound SO I retreated for some serious consideration of how to deal with this foe. 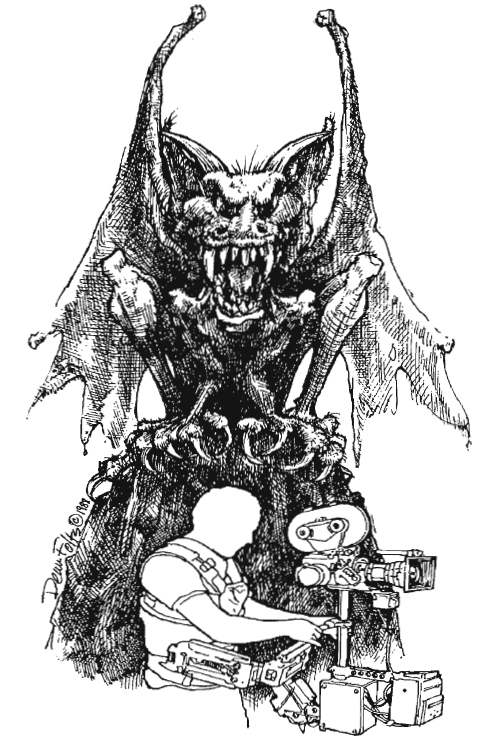 Brad finds himself firebrewed in Milwaukee

With the tension of a titanium spring I quietly and ‘smoothly’ approached the dreaded gargoyle from different angles . I appealed to the primal urge to create, the lofty idealism of perfection, the mass motivation of filthy lucre, and the ennobling dignity of Man being as one with his Art. I wound down with every well-executed run in my book, and then ruthlessly locked in on the gargoyles bottom-feed that position, I delivered my coup de etat.

“While you are still in the tarpits with dolly and track, struggling with one shot, my Steadicam and I will in the same time frame execute ten shots, load up and be on the road to the next location.” I caught a glint of recognition in the heavy-lidded eye of my listener. “And, when the spontaneity of creative form-in-motion can be captured instinctively withand methodical structuring, the gothic idio of “Don’t fix it if it works” is dead.”

Did the primordial mist lift momentarily from the pres? Did the red neck-gills flutter hesitantly, the bared claws sheath, the fangs retreat behind pursed lips?
Not yet. Not quite yet, but they will.