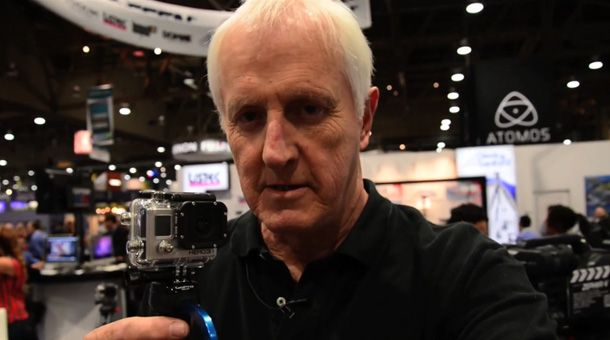 Inventor of the legendary Steadicam, Garrett Brown shows us some new new announcements from them in the lightweight category… the Steadicam Curve and the Steadicam Solo. Made especially for the GoPro and DSLR market’s respectively, these were some of the big hits of the show.