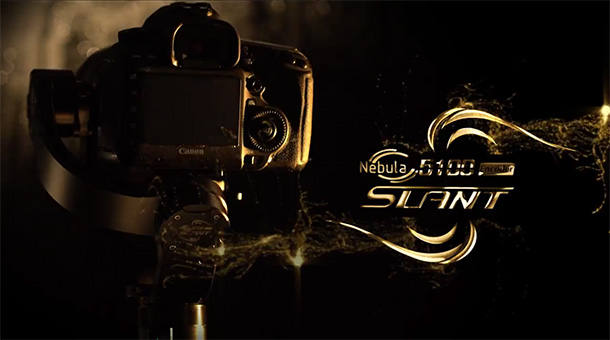 Filmpower — the company behind the popular Nebula gimbals — have announced the new Nebula 5100 Slant 3-axis gimbal.

A couple of years ago, the Nebula 4000 from Filmpower was one of the many popular choices among a new breed of affordable 3-axis gimbal stabilisers for DSLRs and mirrorless cameras. A few incarnations later, the Nebula 5100 offered amazing battery life, time-lapse support, unlimited rotation on all axis and strong encoded motors that needed very little balancing. The newest model, the Nebula 5100 Slant, has already been announced, coming only a few months after the original 5100 and offering some interesting structural improvements.

The Slant part of the name refers to the new design of the roll-axis arm, which now sits at a 45-degree angle from the camera rather than totally perpendicular behind the screen. According to Filmpower, not only does this improve the overall rigidity of the unit, but it also allows for a heavier total payload: the 900g Nebula 5100 Slant can take camera systems up to 3.2kg — a whole 700g more than its predecessor. Additionally, the new design allows for a clear view of your camera’s rear LCD monitor for easier use.