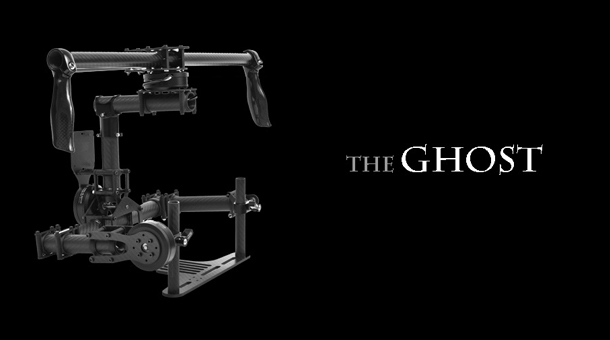 The idea was developed from building a stable camera platform for my multirotored helicopter. I have been a professional aerial cinematographer for 3 years and I’m always trying to figure out how to get the smoothest footage. I realized what I designed for the air needs to be applied for the ground. My steadicam was put in the closet and I started using my camera mount for filming on the ground. It was just easier and lighter. I am not physically built to be a steadicam operator, but because the Ghost is so light and designed for smaller cameras, I can run around with it all day. You can also use two hands, so one arm won’t get too fatigued. Or, you can mount it to a steadicam vest and arm.

With the release of the Blackmagic Pocket Cinema Camera, you don’t need a huge, expensive camera and steadicam rig to film amazing shots. This is also the case with the new magic lantern firmware for the Canon 5D Mark III. Cameras are getting smaller and better, so The Ghost follows suit.