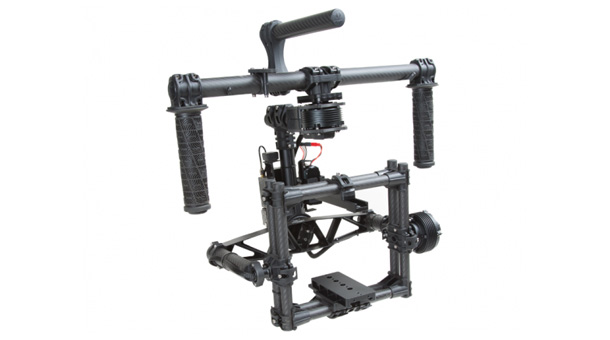 The MōVI M5 is heralded as a versatile camera stabilization system to rival even the most established solutions. Surprisingly easy to use and armed with a 3-axis gimbal, the MōVI M5 aims to liberate your camera to achieve shots once thought impossible. But how does it perform in the field? 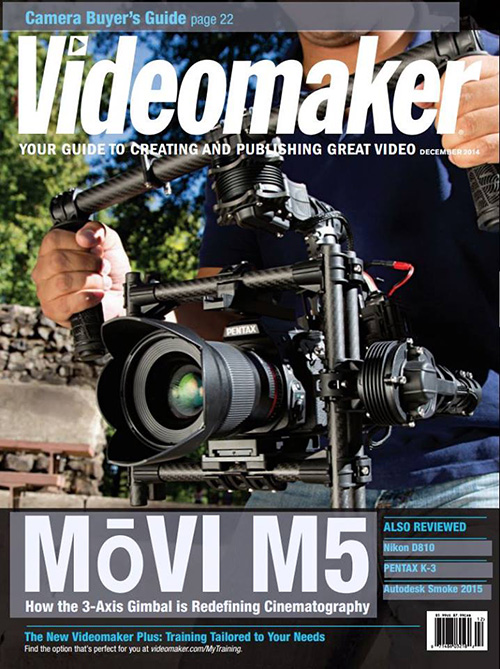 The MōVI M5 is Freefly’s newest and most accessible addition to the MōVI camera stabilization systems line-up. We were excited to see what it could do.

Unboxing
The MōVI M5 came in a relatively slim box. Upon opening it, we were immediately impressed by how compact the MōVI M5 is when stored. Assembly is quick and involves attaching the top handle and connecting a battery. The MōVI M5 stand — used to balance the camera and to hold the MōVI M5 when not in use — is assembled quickly much like an odd, 4-legged tent pole.

First Time Use
The MōVI M5 comes with a very simple instruction sheet. Freefly has videos on their website that detail the initial setup, balancing and some basic use as well. We decided to give it a go before watching any of the videos to see how intuitive the process is. We’ve balanced many different Steadicam stabilizers over the years, so we are pretty familiar with finding a camera’s balance, although this was a bit different. For one, balancing inside a gimbal is different than the typical Steadicam approach which uses counterweights. However, the MōVI M5’s quick releases and carbon rods make balancing incredibly fast and easy. We were up and running with a Canon EOS 5D Mark III in less than five minutes.

The MōVI M5 aims to liberate your camera to achieve shots once thought impossible.

At this point, we had watched no videos on how to use the MōVI M5, nor had we seen anyone use one in Majestic Mode (Freefly’s name for the single-operator mode). We picked it up off the stand and started to walk around the halls of the office. We were initially very impressed with how light it is, and how it seemed to gently angle the camera toward wherever you aimed the rig. There is a slight delay in the way the camera follows your aim, this is a smoothing function that can be adjusted using the control app.

Changing Settings with the App
I knew you could make settings adjustments using an app over Bluetooth, so I pulled out my iPhone and got on the App Store. Couldn’t find anything. Strange, maybe it’s an iPad-only app I thought, so I got out my iPad… still nothing. I went online to find out that there is no iOS app for the MōVI M5, though Android, Windows and Mac OSX are supported. I got my MacBook Pro to hook up via Bluetooth and got to making some settings adjustments. I won’t get into too many details on the app, but I would say it is the weakest link in the whole MōVI M5 product.

The most useful feature of the app is the ability to switch the tilt-mode from tilt-lock (camera stays in an absolute tilt that you set) to majestic mode (the camera tilt smoothly follows the tilt of the rig). After initial fine-tuning of some other controls, this is the only thing I kept using the app for. It’s actually a bit of a hassle to have to keep connecting via app to make this one change. A switch on the rig that allowed switching between tilt-lock and majestic mode would make the MōVI M5 nearly flawless.

On Location
I had two shoots coming up that would be a great fit for the capabilities of the MōVI M5. The first was a short action film that included a number of chase sequences over rocky terrain in a canyon. The MōVI M5 was the perfect tool and performed amazingly (especially considering the limited practice I had with it at this point). The shots are smooth and, due to its light weight, the rig can easily go from ground level to overhead without any complaint. Try that with a Steadicam stabilizer.

My second shoot was deep inside a cave in Northern California. This was a lot of lead and follow camera work over some uneven cave-floor terrain. This would have been impossible to shoot with any kind of dolly, a Steadicam stabilizer would have been cumbersome, and handheld would have been bumpy, but the MōVI M5 performed wonderfully in the caves. One of the coolest shots followed the subject up a staircase in the caves, past a railing where I was able to hand the camera over the rail to my second camera operator and he could continue following. In playback, the handoff is seamless, showcasing another technique that is only possible with a device like the MōVI M5.

Issues
The MōVI M5 is an amazing piece of gear, but it isn’t perfect. Really, what piece of gear is? Here are the main issues we came across while using the MōVI M5:

Reliability: Possibly heat related, during the shoot in the canyon, the MōVI M5 randomly shut off several times. Turning the power off, then on, then off, then on again (two power cycles) would bring it back online. The battery was well charged, and the only variable we could see causing this was possibly heat, it was a very hot day, about 106 F.

Control App: The lack of an iOS app (as of this writing) is a big downside. Bringing a laptop in the field is often too cumbersome. I ended up buying a Samsung Galaxy Tab (which I later returned) just to get through my shoots. The only thing I used the app for in the field was to switch between the tilt modes mentioned earlier. Which brings me to issue number three.

Tilt-mode Switching: This is the one feature request I would push for — some way to switch the tilt mode from lock to majestic without using any external device or app. This is something I would have to switch several times during shoots depending upon the shot and it is a bit of a hassle to get a tablet out every time and get the Bluetooth connection going.

Batteries: The LiPo batteries the MōVI M5 uses are lightweight and hold a lot of power, but they are also annoying to charge and do pose a higher risk of fire. There are more instructions and subsequent warnings on how to charge the batteries than there are on how to use the MōVI. However, once you learn how to charge them and not burn down your house, you should be good to go.

Overall
At the end of the day, I loved the MōVI M5. It is incredibly easy to use, delivers shots you simply cannot achieve with any other style of stabilization and the price is reasonable for a piece of gear this professional. I plan on renting one a few more times, and will likely purchase one in the near future.

Steve Chollet is an independent filmmaker and partner in the creative firm Speakeasy Agency. A two-time Emmy Award winner he spends his free time riding bikes, and backpacking in Desolation Wilderness. Strangely enough, he doesn’t own a television.