Home Tutorials 9 Important Things to Know if You Want to Use a Gimbal... 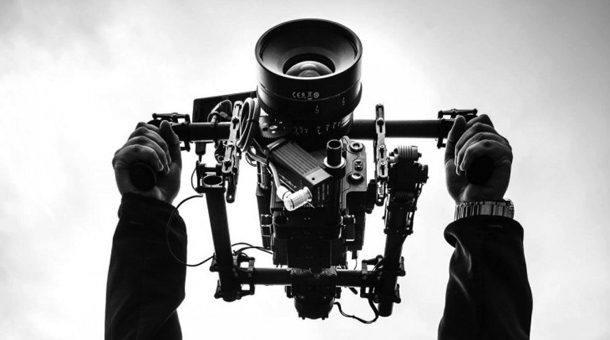 Shooting with a gimbal can help you capture some incredible images, but it’s not as easy as it looks.

Gimbals have certainly become one of the hottest new tools in filmmaking ever since the MōVI dropped in 2013. Everybody and their mom wants to get their hands on one so they can start capturing those mesmerizingly smooth images gimbals are known for—but before you do, you might want to hear these pearls of wisdom from professional gimbal operator Casey McBeath, who lays out the benefits and limitations of working with a gimbal, as well as the drawbacks.

– Gimbals aren’t replacements for other tools: No, gimbals can’t do everything, and even if they could, they still have their limitations. Sliders, jibs, and dollies are still the cinematic workhorses they’ve always been, so don’t be so quick to sell all your gear once you get that sexy gimbal in the mail.
– Gimbals are great for free motion: Steadicams allowed camera operators to move around pretty freely before gimbals came along, but thanks to the fact that they’re lightweight and compact, operators can take their camera virtually anywhere or through anything and still get a smooth shot.
– They have a wide variety of motions: Setting up a shot takes a lot of time, especially if each requires different camera movement tools. Gimbals allow shooters to get similar shots in less time, which is good for run-and-gun filmmakers who simply don’t have the time, space, or patience to set up all of that extra gear.
– Remember, everything must serve your story: Okay, I get it. You just got a new gimbal and you want to use it to capture all of those awesome continuous shots we’ve all been drooling over for the past three years. But guess what—fancy gimbal or not, you’re still telling a story. Just because you’re shooting with a gimbal doesn’t mean your shots don’t need to be motivated.
– Keep an eye on vertical movement: The three axises gimbals control are pan, tilt, and roll, but they don’t control vertical movement, which means any vertical movement you do—whether it be walking, jumping, etc.—will affect your image. This is something first-time gimbal operators tend to forget, resulting in the “swimming motion”—a kind of floaty, bobbing movement that isn’t very pleasing to watch.
– Invert your gimbal if and when you can: McBeath says that because of the way gimbals are designed, as well as the strain on the operator’s body, the natural position to hold a gimbal is near the waist or chest with the gimbal situated below the handles. This is all well and good, but McBeath says that if you’re not inverting your gimbal’s position (if it has that capability, like the DJI Ronin), you’re not really being selective about your shots.
– Balance your gimbal: You’re probably saying, “Well, duh,” but there are actually more consequences to improperly balancing your gimbal than your setup just not working. McBeath says that some operators can use a gimbal without even knowing it wasn’t balanced correctly, which overworks its motor and drains its batteries.
– Save your energy: Shooting on a gimbal seemed so easy when I saw videos online; the thing looks damn near weightless. However, I was ready to scrap my shoot minutes into operating it because I hadn’t prepared for how laborious it actually was. So, rest up, don’t carry it if you don’t have to, and plan your shots ahead of time.