Home Articles A Ballet for singers, orchestra and Steadicam 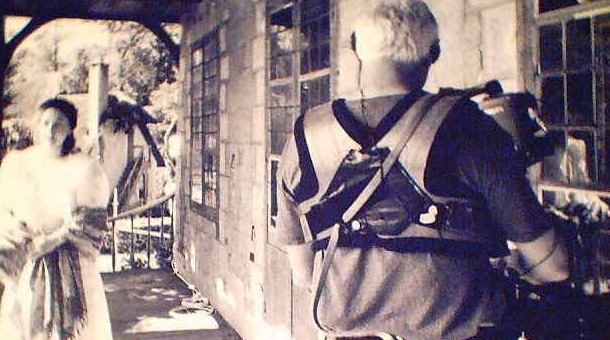 It was by far the best job I ever had, and I made my lifetime-best shot. It will be seen in the US on PBS ‘Great Performances’ on August 27th.

The world press called it ‘a mad risky high-wire act’ by the largely Italian crew, with our shots microwaved across Paris to Zubin’s mohidden on set, his orchestra heard on hidden speakers and the singers’ voices sent from their tiny ‘hair’ mikes to Zubin’s earphone… and the whole works mixed together and uplinked live by satellite–one act every few hours, so we all had time to travel from one location to the next. nitor at the Salle Wagram, his conducting sent back to dozens of monitors.

In Act I, from the 17th century mansion that is now the Italian Embassy, a ballet for four Steadicams, each precisely choreographed to avoid being seen by the others.

Three Steadicams for the second act, from Marie Antoinette’s “Hameau” at Versailles, including an amazing 10-minute continuous shot by French master Valentin Monge (some of which he did ‘walking’ on his knees!)

And finally, at 11:30 pm, from a tiny apartment on the Isle St. Louis, overlooking Notre Dame, I had the great joy of executing what I think must be the best shot of my career: The finale of IV was a single, 25 minute, uncut Steadicam shot, while pulling my own zooms (60 or so subtle changes of focal length), and working in the greatest emotional intimacy with the principals as ‘Violetta’ approaches her death at the window in time for the stroke of Notre Dame’s midnight bells. 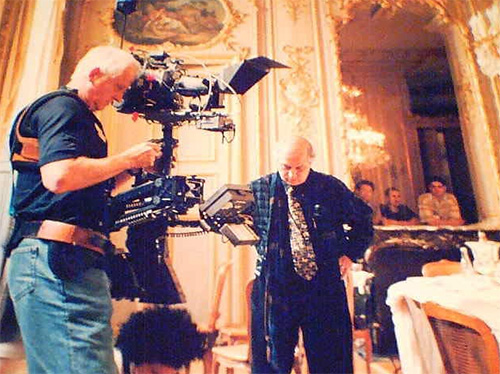 I had never done “live” before, and had never done my own zooming. The adrenalin rush of the former, and the amazing power of the latter were a revelation to me. The whole works came off perfectly, with just one brief video glitch in Act I and the euphoria among the crew afterward was a lifetime high. I almost didn’t take the job due to business matters at home, and, with hindsight, that would have been criminal folly. I can’t tell you how happy I was to be there.

The New York Times called this ‘La Traviata’ ‘A ballet for singers, orchestra and Steadicam’, and I hope you get a chance to see it–August 27th on PBS ‘Great Performances’

Incidentally, I am now addicted to having active personal control of the focal length for Steadicam and have commissioned Jim Bartell to design a custom zoom control for film camera lenses. I intend to try to get one of the new-generation short zooms onto every film I work on. Our video brethren may think this is obvious, but the effect of a short zoom-in as you approach an actor is worlds better than simply cruising up close. The background is appropriately altered and sent out of focus, and the face remains in ‘portrait’ territory instead of the distorted wide-angle close-ups we are used to. Likewise, lateral moves I will post the details when this ‘self-zoom’ control is complete.

For ‘Traviata’ I altered a J7 control so I could mount it close to the side of the gimbal yoke and operate it precisely while retaining access to my motorized trim controls. I used an 8×80 lens, and frequently went in to 40mm or so, and therefore needed the ability to trim fore/aft on-the-fly.