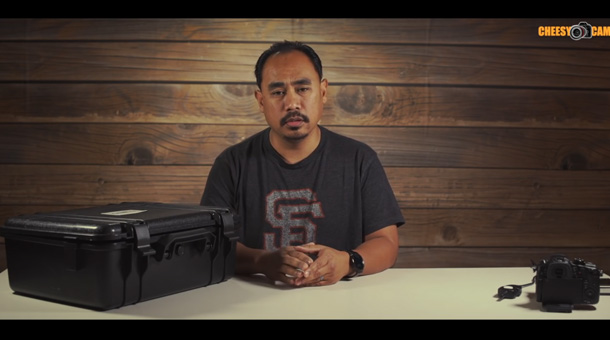 CAME-TV has been manufacturing and selling more a wide variety of gimbals over several years, and this experience has allowed them to make each new system better over the last. As seen in the video demonstration above, right out of the box the CAME-TV ARGO Gimbal is incredibly stable and moves very the camera very smoothly (video samples coming soon). Build quality feels very solid, but only time can tell how much abuse it will handle during these next few months of use.

Right now the company offers gimbals in various sizes. The CAME-ACTION for GoPro, CAME-SINGLE and CAME-Mini2 for Mirrorless cameras, the 7800 for DSLR sized bodies, and the 8000 for heavier Blackmagic and RED cameras.

As of now only the CAME-ACTION, CAME-SINGLE, and CAME-ARGO have Encoder Hardware (and soon to be released hand held gimbal for Smartphones with Encoders). At some point this year we will see a Mini3, and a larger model to replace the 8000.

While the case is suffice to prevent scratches and should transport the ARGO safely, the foam will probably deteriorate quickly. Because of the similarity in size and shape, if you’re looking for a custom cut foam case that would work with the CAME-TV ARGO, the DJI Ronin-M OEM Case will hold all of the ARGO items (and more) perfectly.