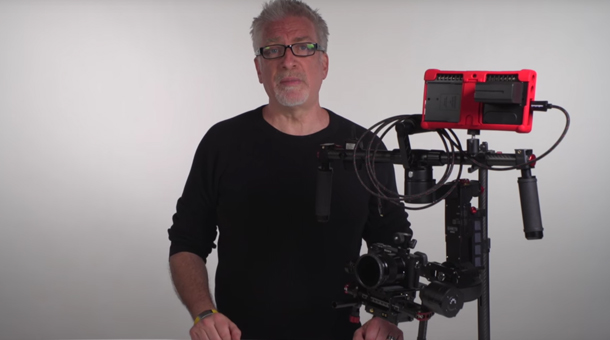 by The Three Blind Men and an Elephant

I’m on a real 1950s sci-fi flick tear: everything seems to remind me of one of those movies. Especially the Argo: can you spell INVASION OF THE BODY SNATCHERS (1956)? But bear with me, because this analogy may be more apt than you think. Unless you prefer the 1970’s TV series THE SIX MILLION DOLLAR MAN. And no, this is not going to be a typical gimbal review.

CAME-TV’s Argo is a natural — and accelerated — evolution of their earlier 3-axis gimbals, most notably their original 7800 and the smaller, more elegant Mini 2 (recently succeeded by the Mini 3). 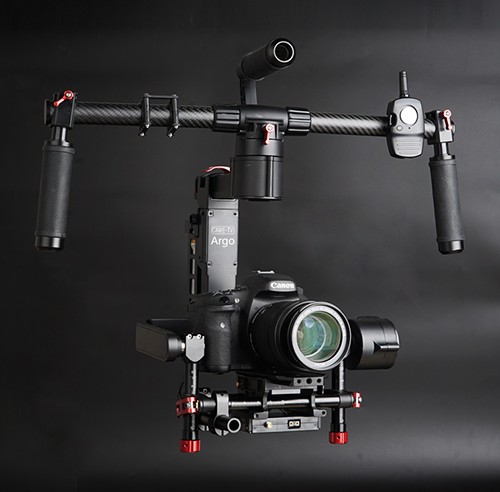 CAME-TV’s Argo 3-axis Gimbal, $1,288 at CAME-TV directly.
The 7800 acquitted itself well against the MoVI M5: we called it a legitimate alternative. The Mini-2, in turn, was a credible competitor to the Ronin-M, though I felt the Ronin-M was one generation ahead of the Mini-2. Still, I liked the Mini 2 very much and saw it as a quantum leap over the 7800.

And so it is with the Argo: taken on its own, the Argo is a quantum leap over the Mini-2. Everything about the Argo is bigger, stronger and faster.

Ergo the comparison to the Six Million Dollar Man. 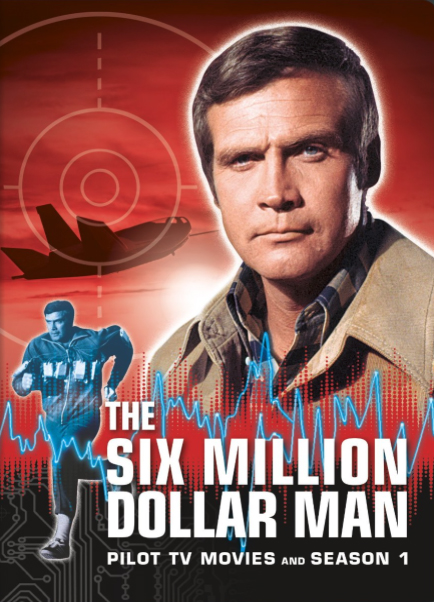 The Argo employs 32-bit encoders; bigger, more powerful motors; and is more elegantly designed. It can handle a maximum 6.6 lb. payload vs. the Mini-2’s 2.6 lbs. If you want to use a Canon or Nikon DSLR, or even mirrorless like the a7R II with a Zeiss autofocus prime, the Argo is the better choice.

But it’s THE INVASION OF THE BODY SNATCHERS (original only, please!) that really captures the essence of the Argo. I can’t help but see CAME-TV’s evolution toward the Ronin-M, from the improved quick release battery to all of the quick release levers, Pelican-style hard case, dramatically improved stand, and more.

Imitation truly is the sincerest form of flattery, but in this instance it feels like the Argo is on its way to being the Ronin-M.

To be fair, the Argo has its own unique traits, among them the included 5.8 Ghz wireless transmitter with D-Tap out (so that people other than the camera operator can see what he or she is recording AND power a follow focus) along with a 15mm rod mount. I wasn’t able to test the transmitter as I did not have a receiver for it (this is not a Wi-Fi signal), but a separate transmitter can run from less than $100 to a set (transmitter and receiver) running $1,000 plus. 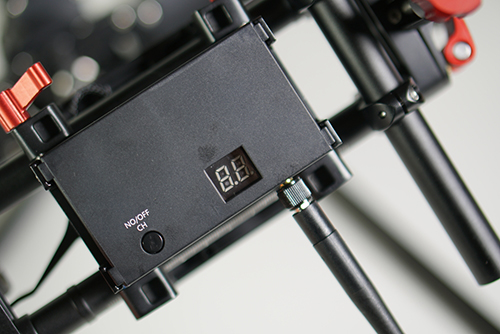 The 5.8Ghz transmitter is mounted to the bottom of the gimbal, underneath the QR plate. 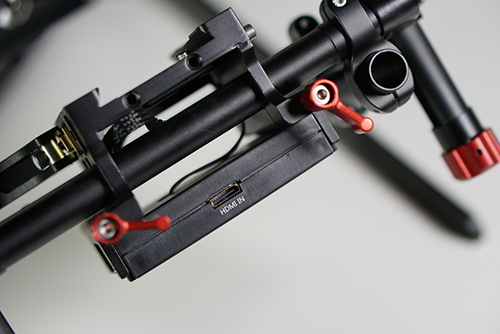 You run an HDMI cable from the camera to the transmitter, which has a mini-HDMI port 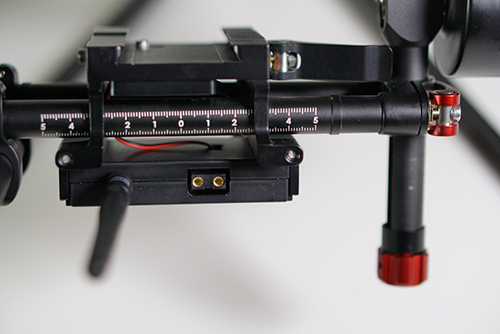 On the opposite side of the transmitter, power is supplied to something like a wireless follow focus via P-Tap. For the right audience, this is a nice upgrade. Flip side? Notice how QR lever is up against the gimbal cradle – this isn’t a problem if the camera doesn’t have to be located this far over, but it’s a big problem if it does.
You can practically see the CAME-TV folks checking off one improvement after another compared to their earlier products. 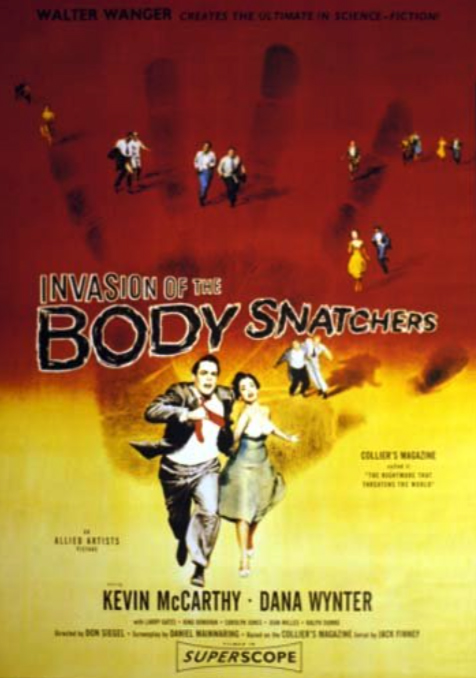 When you look closely at the Argo and compare it directly to the Ronin-M, however, not only can you see very clearly its debt to the Ronin-M, but how it falls short of the mark. The Argo is like a chrysalis, something in a transitional state on its way to something else. Yes, those red levers look identical to the Ronin-M’s; but no, they don’t operate the same way (you still have to turn knobs to actually change position, not nearly as quick as the Ronin-M, though they work quite well). Yes, the Argo has a quick release external battery clearly inspired by the Ronin-M; but no, it operates differently in that it uses a separate port with a very fiddly cable and connecter to actually charge it.

Is it worth the savings, or is worth spending the extra dosh?

While the Argo comes with a wireless transmitter and rod for follow focus, the Ronin-M offers a higher payload (8 lbs. vs. 6.6 lbs.); a cleaner, more polished software experience; and is still half a generation or so ahead of the Argo in terms of actual operation. 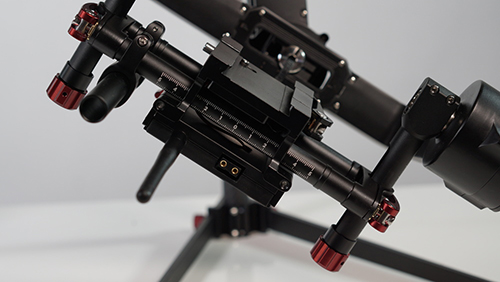 Argo comes with a 5.8Ghz wireless transmitter with built-in D-Tap, and a rod for follow focus 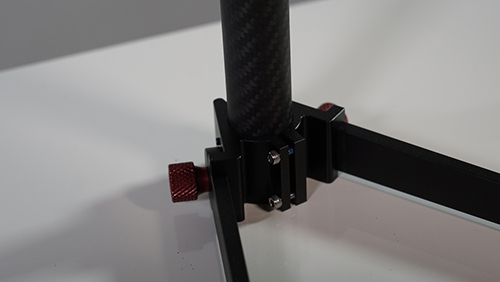 The Argo’s stand is dramatically better, too. 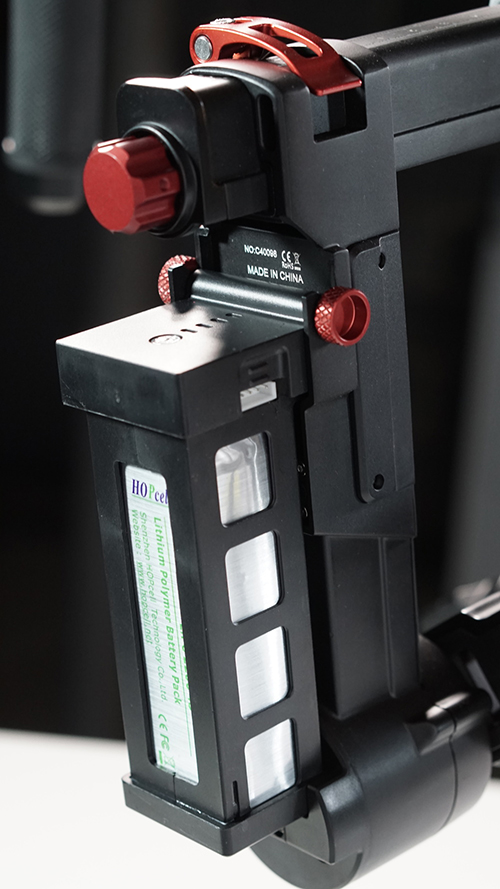 The Argo’s quick release levers and battery are clearly fashioned after those of the Ronin-M, some of the best in the business – but they don’t operate the same way. 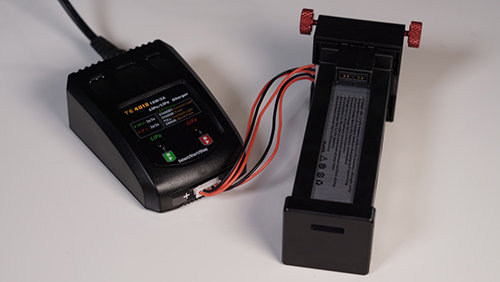 There’s a very robust connection between the battery and the gimbal itself, but when charging the battery you have to contend with this set of wires. INVASION OF THE BODY SNATCHERS – CAME-TV’s technology is still in transition!
I was surprised that the side lever for the quick release plate – depending on the balance point for the camera — might actually not have clearance to close properly. 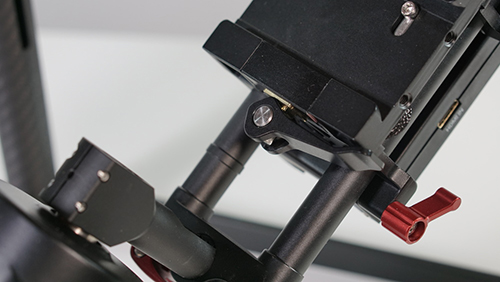 Bottom Line
What we see in the Argo, I think, is what we’re also seeing in the evolution of CAME-TV itself.

After reviewing three of their gimbals, two of their lights and a wireless follow focus, I see impressive ambition and rapid evolution — but a distance to go before it moves from “credible” to “leading” or from “transitional” to “arrived.”

By the way, if you haven’t done so already, watch it: the original film is a must-see.