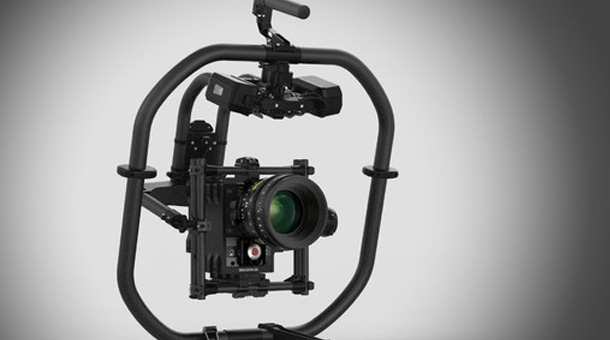 We started working on MōVI Pro officially on Tuesday, November 17th, 2015. Its code name was ‘Project Meerkat’. We kicked off the project with a one week sprint that was intended to answer critical questions from the team, align the team on what we were building, and tackle significant technology risks early.

By November 19th, we had mocked up this early prototype and flew it on the ALTA in the warehouse. As a team, we really like to make quick / low complexity prototypes to get a feel for how the final product might feel, perform, and look.

(I swear we were not drinking….)

In this case, we had the original MōVI to pull parts from, which allowed us to build out this functional prototype in no time. Building quick prototypes is really effective at aligning the team early on…there is just something about holding a prototype in your hands that makes the direction seem even more real.

A little less than a year later we are launching the MōVI Pro, and I wanted to give some insight into how we create products at Freefly, as well as share some of the challenges and funny moments.

First off, in case you have not seen MōVI Pro yet, take a look at this video for a deep dive into the product:

You can find the user manual here and some quick product specs below: 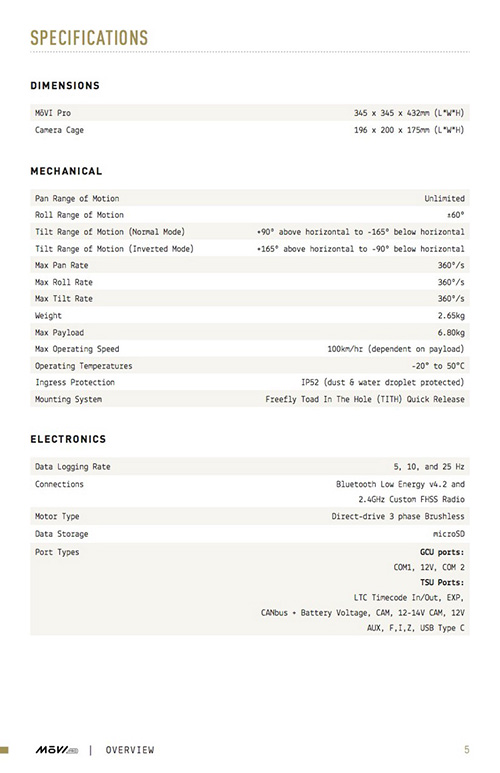 Let’s talk about some of the technical hurdles associated with developing MōVI Pro (many of these turned into my favorite features).

It was clear coming out of sprint week that we had an absolute boatload of features that we dreamed of including, but we had to balance all these features with upholding the MōVI legacy of lightweight and simplistic design. It was clear we had a challenge ahead of us!

We had previously developed an ultra small 3-axis FIZ controller with the Wedge. We thought we could go even smaller, perhaps small enough that we could build it right into the camera mounting plate. To shrink the size way down, we had to ditch the Lemo connectors. Instead, we opted for small / lightweight Molex Micro-fit connectors. They checked all the boxes…great cycle life, latching connector, robust design, and we could create a nice custom overmold. In the end, we managed to pack not only the FIZ, but all sorts of accessory ports into the area beneath the camera plate (we call it the TSU — “Tilt Stage Unit”). 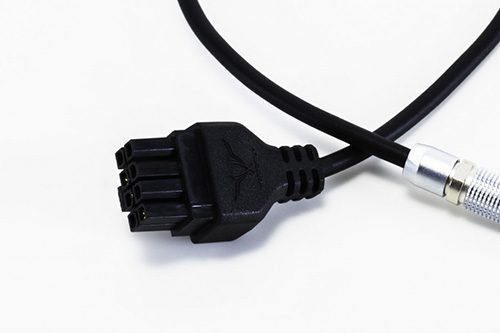 The team did an incredible job of packaging all these sensors, power, and data ports into such a small enclosure and dealing with the power and heat dissipation requirements.
– USB C
– 12v accy D-Tap
– 12v Camera power — supplying 6A!
– CAN port
– F/I/Z
– Timecode
– CAM port 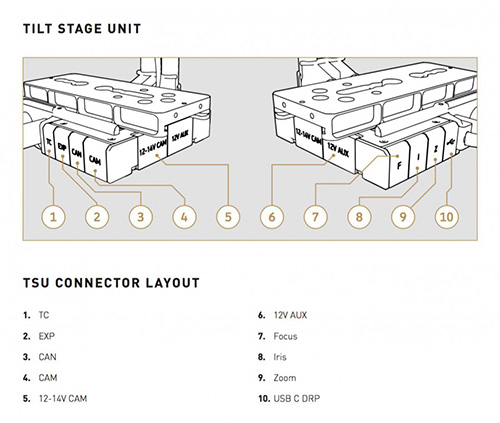 Smart batteries were on the ‘must have’ list at the conclusion of sprint week. We had all lived with bare 4s LiPos for too long and wanted something better. We knew that we wanted dual batteries with some key features:
– Hot swappable (one pack would need to power the gimbal while swapping)
– Lightweight — had to keep weight down!
– Robust enclosure
– Integrated ‘fuel gauge’ so users could instantly know charge status
– ~ 1 hour run time while powering common cameras
– Quick charge — robust cells that could take intense discharge and charge rates.
– Zero slop / play in the battery mount — this could negatively impact gimbal tuning.

It took quite a few iterations, but we ended up with a battery that achieved all these goals. The feedback from people on set has been that this is one of the best new features on the MōVI Pro.

Freefly: How was the workflow with the new batteries?

Tuning a gimbal is a pain in the butt. The optimal tuning changes with lens, gimbal pose, accessories, etc. Basically, only a few people on our team are ‘gimbal whisperers’ and can tune them to their full potential. We knew a key aspect to ultra stable shots was improving customers’ success with tuning and optimizing their gimbal. We have had plenty of emails over the years where people have had trouble getting smooth footage only to find out their stiffness values are all 10!

We knew by now that people just want to shoot – not pet and tune their gimbal for hours.

Shane to the rescue…he devised the algorithm behind Autotune V2 which finds optimal settings for Pan,Tilt, and Roll stiffness and filter settings in around 10 seconds!

He drastically reduced the time it takes to autotune, and added the ability to set the filters. Shane has helped me tune many a gimbal over the years, but now I can achieve a ‘Shane Tune” even if he is sleeping…

It also makes a really cool growling noise and they made a special “NECKFACE” version for the release of Ty Evans, Neckface video: 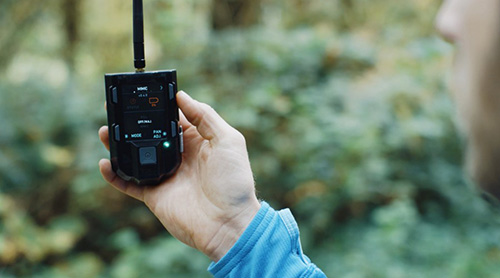 We got the idea to put handles on the controller to create an intuitive controller that allows all camera operators to successfully point the camera. Once we tried it with customers, we were sold. The idea was so powerful we decided to use existing hardware and rush it to market in just over a month. We knew we would come back and do a new version of the MIMIC at some point, but wanted the technology in people’s hands until we had the time to tackle the project in earnest.

In the end, we created an incredibly flexible and adaptable building block for our camera movement ecosystem. With its suite of sensors and long range wireless, the possibilities that exist with MIMIC are incredible to think about. While some of them won’t be enabled at launch, we are excited to see how people will use MIMIC and how we can quickly develop and enable features to allow users to interact with the MōVI in the most natural and organic way. 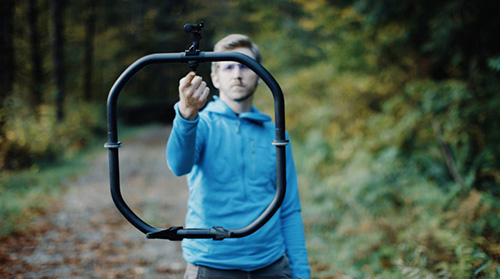 When we built the original MōVI, the stand was a huge pain in the butt. We didn’t think about it early enough and it almost delayed the original shipments of MōVI.

For MōVI Pro, none of us wanted to cart a stand all over the world, and we really wanted the ability to instantly put the gimbal down to combat operator fatigue. Additionally, we thought about the ability to shoot macro / static / time lapse shots from the integrated stand.

Casey Warren was the mastermind behind the original MōVI Ring, and once we started playing with the ring, we knew it could be built with feet in a way that would work. We increased the diameter of the ring to make it more comfortable for users, and also reduced the wall thickness to decrease the weight. The result is an ultra light, but crazy stiff and robust ring that allows users to instantly set the camera down. The first time Hugh and I shot with the solution, I refused to give it back.

That’s it for this blog post on the MōVI Pro….I will touch on some of the funny events that happened during development in my next post!