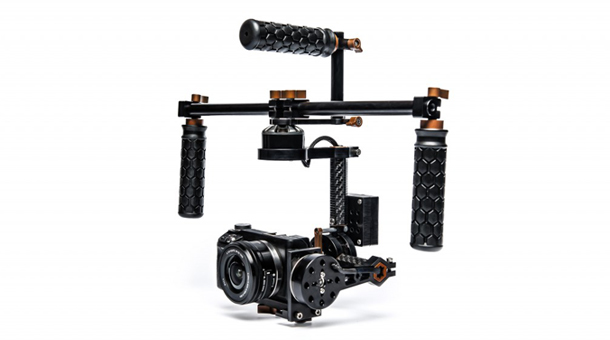 Presentation workshop by Drew Janes from DEFY on their G-5 & G-2 camera gimbals. He explained and demonstrated how and why to use their products in a very informative talk. Here is a front row view of his presentation.

Drew Janes is President and CEO of Relentless, Inc., a film and digital media company based in Phoenix, Arizona. Drew began Relentless, Inc. in 2005 with just a single camera and a goal to tell his clients stories to the world. Years later, after having grown a large client list that ranged from small non-profit organizations to multinational companies, Drew began to utilize small remote controlled multirotors to capture aerial film and photography that was otherwise impossible to obtain. Due to an overwhelming response from his film constituents, he began custom building multirotors for filmmakers for aerial cinematography.

From his broad experience with multirotors, Drew found weaknesses in the market’s available equipment, and he moved into designing and building his own gimbal systems for enhanced quality. As a pioneer in designing and building brushless gimbals, a transition to stabilize cameras for cinematographers was the obvious next step. Known as DEFY, these gimbals are a handheld camera stabilizing device that allows camera operators of any skill level to use for producing smooth, steady results. These gimbals feature three different models that are easy to balance, strong design, yet a price point that fits into the budget of nearly every artist. The heartbeat behind the Defy Gimbal line can be heard in the phrase, “built BY filmmakers, FOR filmmakers”.

Today, Drew is dedicated to developing additional products, continuing to expand his team, while supporting his brands and products worldwide. He prides himself on staying connected with the end users, and remains committed to the goal that he will strive to make further innovative products that can be leveraged to tell his client’s stories with greater depth and truth.

This training workshop was part of a very informative Training Event featuring an exciting array of Sony 4K and HD production cameras and equipment. They had a huge selection of sliders, jibs and stabilizers along with the latest generation of LED production lighting fixtures. invaluable shooting tips from industry experts in hands-on workshops featured Alister Chapman, Brian Young, Drew Janes and manufacturer’s reps.