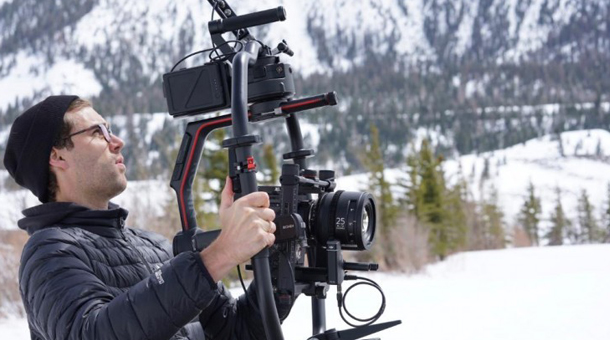 While the price might seem high, the DJI Ronin 2 carries more than twice the weight of the MōVI Pro, which costs roughly the same.

MōVI and DJI continue to battle it out to be the leaders of the stabilized cinema camera gimbal market. MōVI has held on to the wave of goodwill from being the first to market and continue to push innovation forward. DJI has done well as the cost-effective option for indies that is still capable of tremendous performance. Hence, it came as a bit of a sticker shock this week when the price was announced for the DJI Ronin 2: $6,999.

The Ronin 2 is a huge leap forward over the Ronin, as we covered in our video at NAB. If the price seems high, it’s important to remember it can carry a payload up to 30 lbs, allowing for full-fledged cinema cameras with a host of accessories.

The comparable MōVI, the $7,499 MoVi Pro, maxes out at 15 lbs, and you need to spend $19,995 to get your hands on a MōVI XL to carry 30 lbs. While 30 lbs is a lot of camera—you aren’t likely to fly that much weight every single shoot—it’s a nice option to have when you need it. Especially considering the options for rigging the unit to vehicles at speeds of up to 75 mph, the 30-lb payload will be very useful.

It’s fair for DJI to pursue price parity with MōVI. DJI isn’t an unknown upstart; it dominates in the drone universe. While it didn’t manufacture the first stabilizer to hit the streets, DJI has worked hard to make the Ronin the premiere stabilizer for a wide variety of users.

If you are in the market for a stabilizer, the Ronin 2 will be shipping this fall and is likely worth the wait. It’s available for pre-order at B&H.