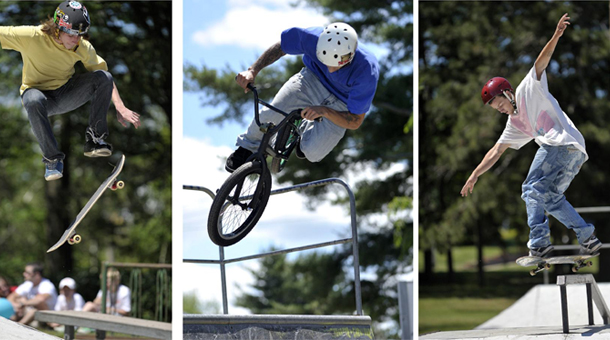 Because of Mostly Skateboarding’s Google ranking, people from time to time send us products to review. The Steadicam Smoothee is one such product. It is a Steadicam for iPhone, GoPro, or Flip Camera. My test unit was set up for my iPhone 4S. It requires that the phone must be out of any case, so if you have a lens that requires a case, you can’t use it with the Steadicam Smoothee. The idea of a Steadicam for an iPhone is kind of silly because the advantage of the iPhone is that you can have it in your pocket. The bulk and size of the Steadycam means you could just bring out a full size camera with the weight that could keep it steady on its own. I have to say though that I am impressed with the results. It takes a little bit of time to get used to the Steadicam and get it balanced. If you add a lens (I used an Olloclip) then you have to adjust the unit for that. It is actually pretty easy to adjust once you have figured out how to do it. I follow filmed a few lines and had to step off my board for Lloyd’s long line. You can tell, but the shake from me walking instead of skating is better than when I’ve had to do that with a VX. The major drawback for me as a skate filmer is that you can’t make dynamic moves like you can with a solid camera. With some practice, you could probably get the hang of moving the camera around however you want to. If you need a Steadicam for your iPhone I can recommend the Steadicam Smoothee. Buy it from Amazon and I’ll get a small cut.

All right, so I’m no Matty Lamert or Will Evans when it comes to putting videos together. I’m actually pretty dusty since it’s been quite a few months since I put anything together too. Either way, above is a new edit I threw together of some clips of Conrad Heppner, Jesse Higgins, Blake Waters, Chase Bilich, Colton Walker and myself that I have been collecting the past few weeks during sessions at Bluff Valley’s Over the Top Skatepark using this new Stedicam Smoothee steadicam for my GoPro that I’ve been testing out for a review. Check out the edit, then make the jump to check out the review if you’re looking for a way to get some smoother shots out of your GoPro or iPhone. 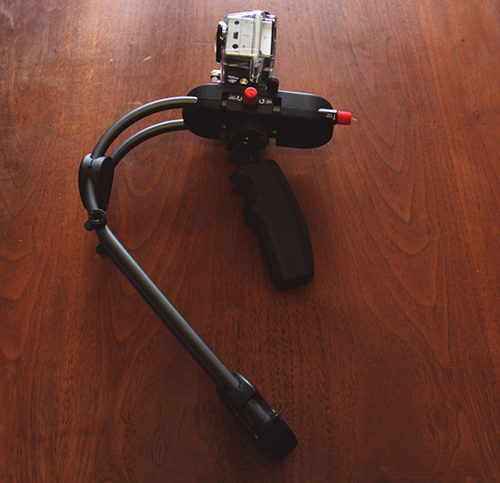 All right, so a few weeks back I got an email from a company called Tiffen that makes a bunch of different kinds of camera equipment from cases and camera accessories all the way up to some high end camera rigs and lighting setups. They asked if I would be interested in checking out their new rig that’s designed for GoPro’s and iPhones called the Steadicam Smoothee. Since I have a GoPro but kind of slacked on using it just because I didn’t like how shakey the footage always came out, I kind of figured this would be a good idea to check it out so I could get some more use out of the camera and not have a ton of sloppy clips that look like an earth quake was happening during the session. 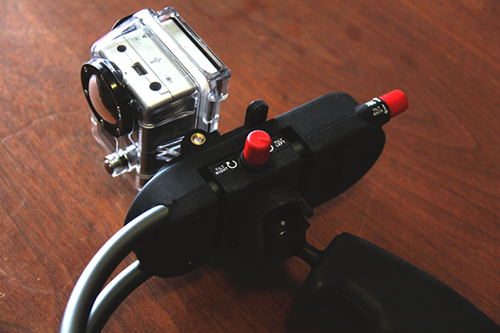 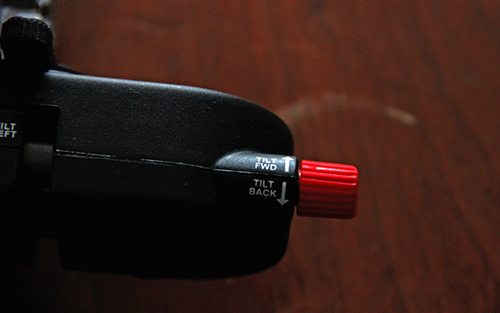 I’m sure most of you filmers out there understand the concept of how these work. For those of you who don’t, it’s basically a fancy contraption that uses weights to find the cameras center of balance to help reduce sharp movements and shaky footage and give a smooth clean shot. The additional weight also helps keep your hands from shaking the camera as much, which when it comes to GoPro and iPhone footage, that’s one of the biggest issues.

Looking at the setup, you can see there are a few key parts to this. The two red knobs you can see in the photos above are two of the key components for this. They allow you to balance the camera on the handle with left and right or forward and backward tilt. If you have ever used a real steadicam setup this can be super tricky to get a camera centered… Having these little dials makes it pretty easy and quick to get your camera set in a good balanced spot.
Next would be the handle, which works on a gyroscope to allow it to swivel and adjust to the movement and your wrist position. You kind of have to hold the handle like a gun with your index finger and the thumb above the swivel point to help keep the camera from twisting right and left on you when moving since gravity and force will still throw it off a little (science…)
After that part, you can see the two weights that hang off the front of the setup on the two rods. These weights help with keeping the who rig centered and the added weight helps to keep your hand from shaking as much.
Up top there’s a mount for your GoPro camera. There’s also another version which works for an iPhone. I’m not exactly sure how that one works, but based on this photo it looks like you just clip your phone in and you’re set.

They’ve done a good job to make it real simple to setup and use which is good since that means less time messing around with it and more time filming. 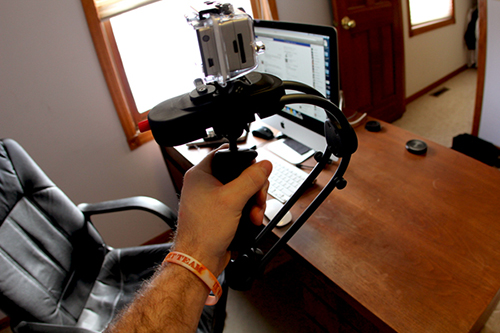 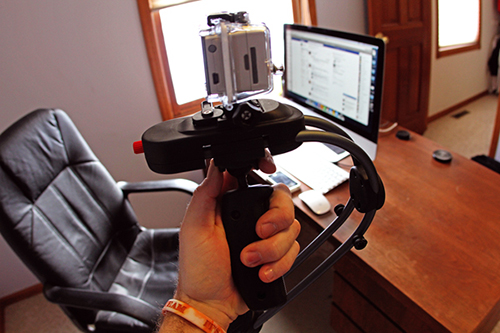 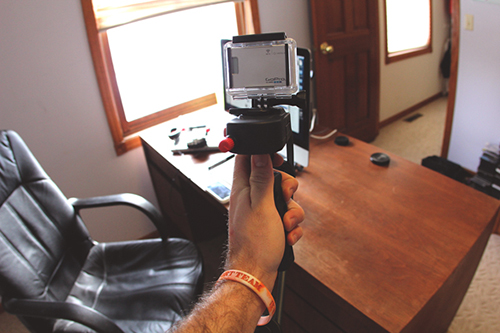 Above you can see how the camera will sit balanced without doing anything but just holding the handle. The other two photos show you the way to hold it to help keep the camera from shifting too much. Holding it with two hands will also help keep things on track a little better as well. 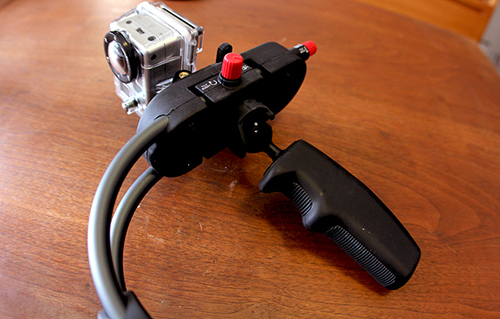 Overall, I’m impressed with it and I plan on getting a lot more use out of it once the weather gets nicer here in Minnesota and I can actually go outside to ride on a daily basis.
Do I think it’s worth buying? I think if you’re the kind of person who is always putting out videos with clips you film on your GoPro and iPhone and you want to make your footage look better, but you’re on a tight budget… This is for you.
The price tag isn’t too rough either. You can pick it up for $149.99 right here or you can find a dealer here.

So that wraps up this review.