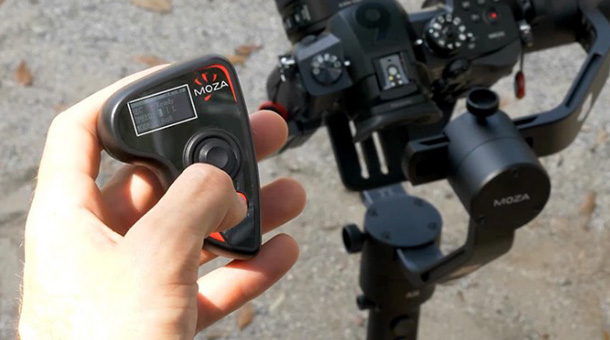 The Moza Air is under $600 and capable of capturing great shots from a mirrorless camera.

The Moza Air 3-Axis Stabilizer, by Gudsen, is a gimbal that really targets the mirrorless and small DSLR camera space. While its tech specs and weight limit of 5.5lbs give the impression of being able to squeeze a bigger camera onto it, this gimbal is designed for the GH5, Sony A7S, and Fujfilm XT2 (or a 7D shooter looking for more stability in their footage).

While it might be tempting to stick a small C200 package onto the gimbal, it would lead to the camera body hitting the control arms. However, that level of specialization is a good thing, as you aren’t paying for hardware designed to carry an Alexa 65 on jobs involving the flying of a mirrorless rig. And mirrorless rigs are getting some increasingly amazing footage. 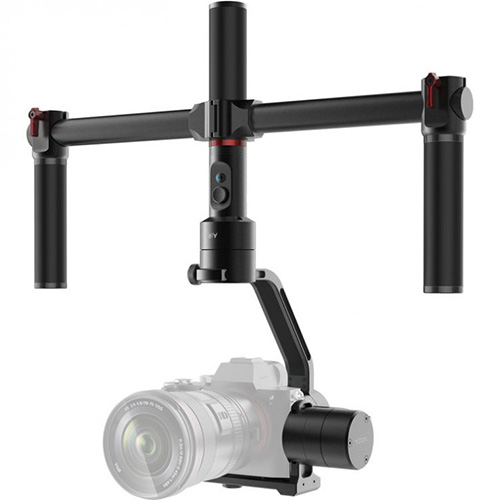 Easy to set up and secure
The Moza comes put together in a well-packaged kit offering setups for both single-handed and attachment-handled use that can be clamped on for dual hand carrying. As opposed to locking thread systems on other gimbals and clamp mechanisms, the handles thread inward. While it might make users nervous that they would become unthreaded during a shot, we had no problems during our use of the rig.

In fact, we occasionally had trouble getting them loose when we packed up at the end of the day. It’s a relief knowing that the machine tolerances are set tight and that the threading will stay locked. While some plumbers’ tape might be required to keep things secure after long-term use, the threading feels secure out-of-the-box. 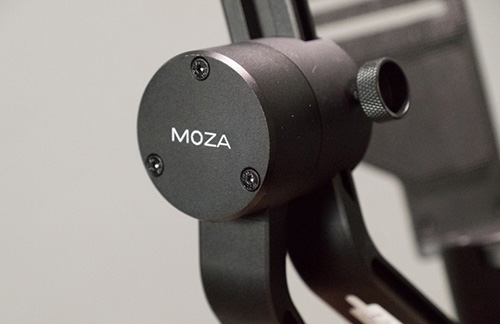 Inexpensive remote option
The Moza’s standout feature is the arm-mountable remote control, coming in at less than $200. Single-handed operation goes out the window when you bump up from a smartphone to a mirrorless camera, and you really need to attach the dual arm setup and support the weight with both arms.

The remote is key
While you can easily control the gimbal with a thumb switch in single arm mode, you can’t reach it with dual. There’s an app that allows a second operator to control the gimbal remotely, but the price point really targets the solo operator. This is why the remote is the key. By attaching it to the control arm, you can have a dual arm setup controlled from the remote button out by your handle, thus creating dynamic shots.

We did find that the remote occasionally lost connection in the middle of a shot. While that was frustrating, the overall benefit of the “one mule team” operation, with the remote being operated by the hand also carrying weight, was worth it. 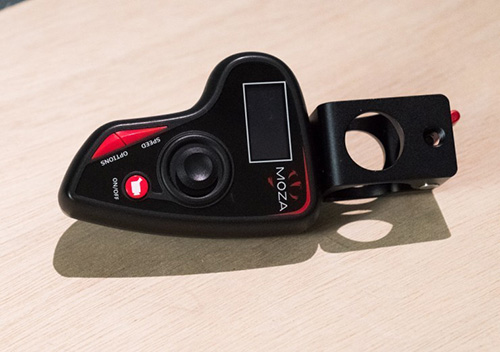 No need to disassemble
An additional bonus of the system is the speed with which it can go into and out of the case. Because of the simplicity of the design, both building and packing it away takes little time. You’re able to keep large sections of the gimbal assembled together, and that makes for a great run-and-gun option.

The clearly marked rulers on the slide arms will help frequent users develop rough settings for each of their lens/body combinations, making for a faster setup. That being said, rulers are rough instruments and you’ll need to dial in a precise balance before getting to work. 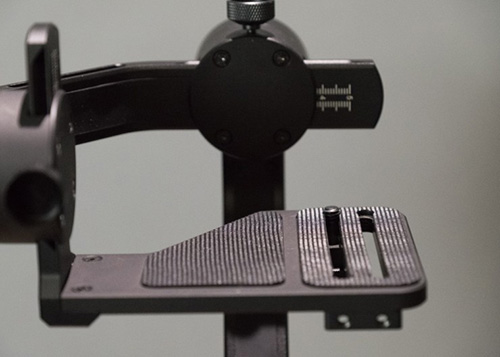 Large platform makes for easier setups
We also appreciated the large, flat platform designed to mount the camera upon. While many competitors go with sliding plates, the Moza has a large platform that allows for some nudging on the mounting process that should make easier adapting the Moza for a variety of setups. If your camera has only one mounting hole, making it side-heavy (perhaps due to a follow focus unit), the two slots make it easier to offset balance. 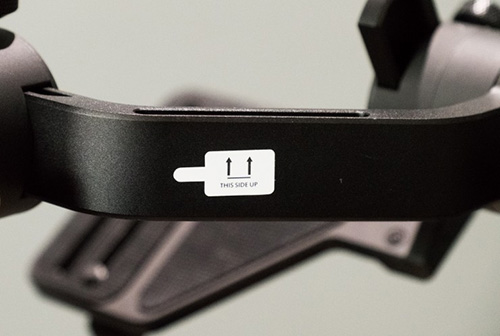 Frustrating stickers
One nitpicky item is the sticker for “This Side Up.” It’s something you see more and more of, and something we wish were printed on to the arm rather than a sticker. A sticker seems likely to be lost and, as the gimbal makes its way from one user to another, will likely cause frustration for users mounting the arm upside down.

The final takeaway
For the price, this is a very capable gimbal, and in testing it, we executed some fun and smooth shots. While an occasional remote disconnect could be a problem for narrative shoots where every take attempts to be perfect, hopefully it’s an issue that can be fixed. It definitely wasn’t bad enough to prevent gimbal use in documentary or action work, nor in capturing establishing shots and product work.

TL:DR
– Great deal for the price
– Remote control makes the unit special, but occasionally loses contact
– Some stickers should be etched
– Packs and unpacks quickly