Home Reviews Fun with the Movi M5 – First thoughts on flying a Canon... 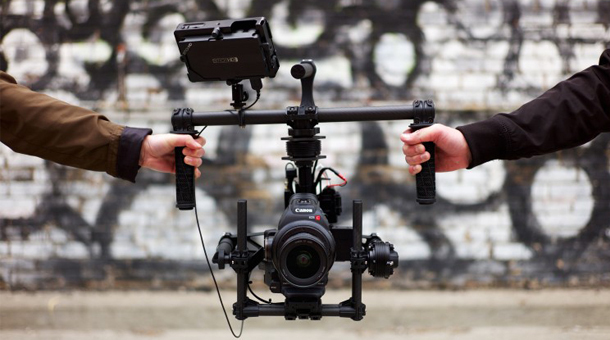 Like a lot of film­mak­ers out there, when we first saw Vin­cent Laforet’s behind-the-scenes video show­cas­ing Freefly System’s MōVI M10, we were very excited. A tool that uses motors to sta­bi­lize a cam­era on a 3-axis gim­bal? Yep, that’s pretty cool, but what really made it rev­o­lu­tion­ary was it’s design. You didn’t need a vest to oper­ate it, and it wasn’t cum­ber­some, or long, or wide. It was actu­ally a pretty small setup, and when we saw the oper­a­tors pass the rig through hula-hoops, dip it close to the ground, and hop on roller blades in one take, we all knew the game had been changed.

Only a year after that, the MōVI M5 brings those same rev­o­lu­tion­ary traits in a smaller setup and an afford­able cost, and as soon as we saw the slight­est hint that a Canon C100 could be mounted on one, we didn’t hes­i­tate to order one and start fly­ing. Now, there is a bit of a learn­ing curve when try­ing to get a C100 to work flaw­lessly with the MōVI M5 since you do have to remove the side grip off of the body, so we decided to make a video (sit­ting at the bot­tom of this post) that hits on what we really love about the MōVI and how we mount and oper­ate a C100 on it. We called on our good friend and amaz­ing street pho­tog­ra­pher, Tyler Hay­ward, to be the star as we fol­lowed him around the west side of Toronto for the day.

We don’t want to touch on any­thing that we talk about in the video, but we did want to write a short post on what we like about the MōVI M5 (because we’re just that excited about it). 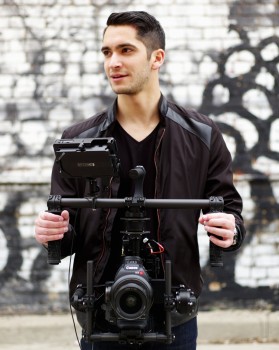 If I were to list every­thing I like about the MōVI, we’d be here all day. I’m MōVI obsessed. It’s been a few weeks since it came in and I still get urges to bring it out with me on dog walks just to try out new move­ments and set­tings, and that speaks vol­umes about how much fun it is to play with this thing.

I think the biggest ques­tion, espe­cially for a lot of wed­ding video­g­ra­phers, is going to be how does it com­pare to a more tra­di­tional setup like a Glide­cam or Steadicam. The thing is, with either the Glide­cam or Steadicam, the footage will be as sta­ble as the oper­a­tor, and as time on a shoot wears on, that gets harder and harder. Whereas with the MōVI, the motors are con­stantly bat­tling any shake you throw its way. That, com­bined with two-handed oper­a­tion, makes the M5 a more reli­able and con­sis­tent tool in our books, and when you’re work­ing a wed­ding where you only get one shot to cap­ture a spe­cific moment, this is priceless.

We haven’t had a chance to even throw a DSLR on it because we’ve just been so happy with the C100. With a DSLR, you’re con­fined to the old workarounds of fly­ing a steadicam — hav­ing to stop down to f/8 or lower, cal­cu­lat­ing hyper­fo­cal dis­tances, and not get­ting the sharpest footage in the world. But a C100 with the dual-pixel upgrade is a beast on the M5, push­ing the lim­its of what can be achieved as a sin­gle oper­a­tor. That means shoot­ing wide open isn’t an issue any­more, and fly­ing on a sta­bi­lizer at f/1.4 really is a jaw-dropping experience. 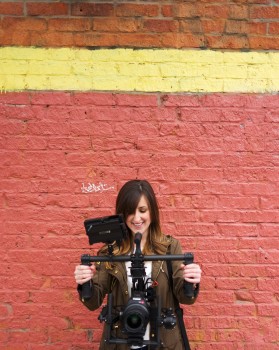 What I like about the MōVI is that I can actu­ally use it. We never upgraded to a vest for our Glide­cam setup because we were always afraid of how intim­i­dat­ing it would be for our cou­ples when shoot­ing a wed­ding. Fly­ing a Glide­cam with­out the help of a vest or arm brace is a heavy task and made it impos­si­ble for me to use it for longer than 30 sec­onds at a time with­out wob­bling uncon­trol­lably. But the M5 you can hold with two hands, mak­ing it actu­ally pos­si­ble for me to operate.

I always get really excited about tools that push the bound­aries of where we can take our cin­e­matog­ra­phy, and the MōVI does just that. There are really no lim­its on what you can do with the M5 as long as you have the imag­i­na­tion. You can shoot mil­lime­ters off of the ground, pull it up to reveal a shot, pass it to a sec­ond shooter and hop in a car all in one shot. These are things that are unheard of with other sta­bi­liz­ers, and pushes you to think of new ways to tell a story that takes advan­tage of all these new possibilities. 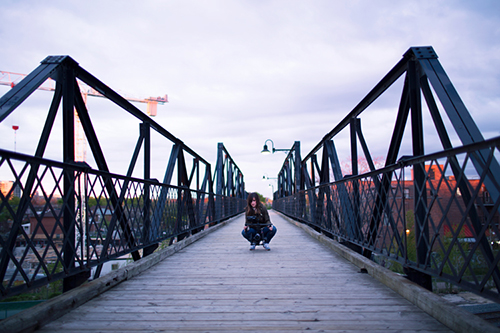 A Few Concerns…
You fall in love with the MōVI so fast that you find your­self over­look­ing its small quirks, but that doesn’t mean they’re not there.

In many ways, this is a much more com­pli­cated setup than tra­di­tional sta­bi­liz­ers. We used to throw our Glide­cam in the car, or just drop it and hop on a mono­pod or tri­pod while shoot­ing — we knew it could han­dle it. A MōVI feels a lot more frag­ile. It comes with a stand (more on that in a sec­ond), and it is made to be placed on that stand when not in use. Sure you can throw it on the ground or in the car instead of the stand, but it feels wrong to do it, and even the small­est change in weight or posi­tion of the stage can throw it off-balance. Not that it’s very hard to get it to bal­ance again, but it is some­thing we’ve never had to worry about before. Then there’s the fact that you can’t use it with­out a mon­i­tor, and that the way the cable con­nects to it can occa­sion­ally throw it off-balance as well. It’s just more things to worry about, set up and look after at the end of the day.

And yes, there’s the stand which needs to come with you every­where. It’s nearly impos­si­ble for the MōVI to power on and bal­ance with­out sit­ting on the stand for about 15 sec­onds. So, it needs to by your side on the off-chance that you might want to turn it off, or in case you run out of batteries.

These are things that might turn a lot of wed­ding cin­e­matog­ra­phers off of the M5 alto­gether, but we really feel the reward is worth all the trouble. 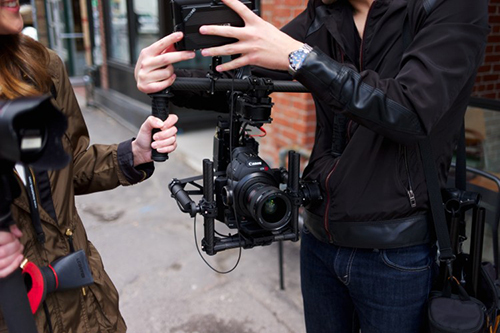 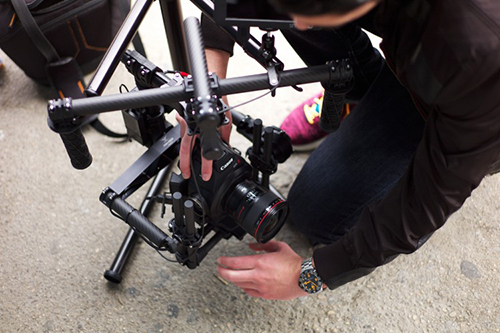 This is a game changer
If it hasn’t been clear enough, we love the MōVI M5. Just as the M10 has been mak­ing waves in big­ger pro­duc­tions, we feel the M5 will make even big­ger waves since even more film­mak­ers will be able to make use of it. We’ve been hav­ing a blast with it so far and can’t wait to push the bound­aries in our wed­ding work this season.

So, with­out fur­ther ado, here is a video on our first thoughts on the Movi M5 and how to get started with a Canon C100. Enjoy!