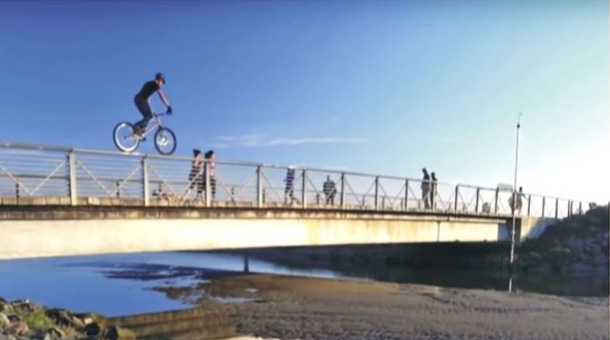 Glidecam Industries, INC., first and foremost, is a company that designs, manufactures, and distributes products within the camera stabilization market. Glidecam came into existence in the early 90’s, and has since then continuously adapted to and fulfilled the desires and needs of videographers all over the world. Glidecam’s product line includes hand-held stabilizers, full body-mounted stabilizers, motorized brushless gimbals, cranes, sliders and accessories. All products are made right here in the USA and are made of the highest quality materials. 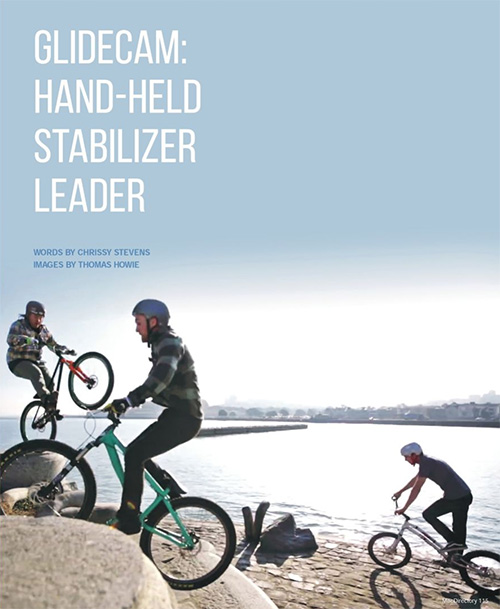 Back in the mid-70’s, Garrett Brown established an awareness of the benefits of using a stabilizer. Unquestionably, the introduction of stabilizers revolutionized the film industry forever. For the first time, the epic shot that gives the audience the feeling of gliding, flying, and floating could be created without the use of cumbersome equipment like dollies and cranes, offering more versatility and ease of movement to videographers. To give an example, on of the first uses of a stabilizer was in the iconic hallway scenes following the little boy on his tricycle in the timeless movie, The Shining.

Fro the very beginning, Glidecam strived to offer high-quality products at affordable prices as camera equipment has always been and remains rather expensive. Glidecam’s presence also largely impacted the film industry, making stabilizers available to a wider consumer base. Over the years Glidecam has upgraded its stabilizers to provide helpful and unique features to make the stabilizers as user-friendly as possible. YouTube star Devin Graham discovered Glidecam stabilizers early in his career an they naturally became one of his favorite production tools. Devin is the filmmaker who created the widely seen bike parkour videos, one of which has over 35 million views. 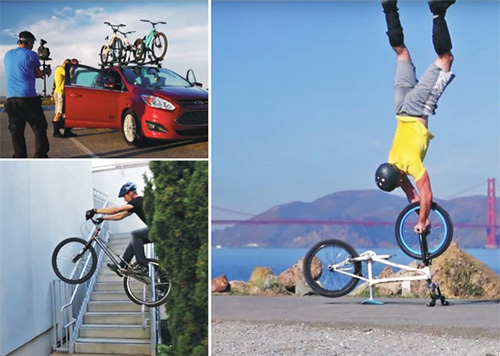 To start, Glidecam hand-held stabilizers are ideal for what is called „run-and-gunning“ in the film industry. They easily break down and actually can be packed in something as small as a backpack. This makes the stabilizer portable and enables people to travel light, like for instance to San Francisco to Barcelona and thus removes a lot of unwanted hassle. Using a Glidecam hand-held stabilizer eliminates the need to rent products, the coordination of shipping large gear to the scene of the shoot, and need for multiple pieces of stabilization equipment. Only needing one compact and small stabilizer significantly reduces the production cost. The bike parkour videos are 100% run-and-gun style, and notably, Glidecam hand-held stabilizers prove to be a massive asset for exactly this.

Next, using the Glidecam hand-held stabilizer allowed Devin to have entire free range of his movement in the filming of the bike parkour videos, meaning he was not at all restricted by having to stay in one spot like with the dolly, slider or crane.

Stabilizers use physics to completely isolate the movement of the camera from the movement of the operator, which is what allows for the hypnotically floating illusion that Glidecam is so well-known for. Because of this, Devin could literally run and move over uneven terrain without shaking the camera. This is demonstrated in the bike parkour videos; without the use of the Glidecam hand-held stabilizer, keeping up with bikers wouldn’t be possible, which is the beauty and allure of the shots seen. Picture how the filmmaker can run right alongside and stay very close to the biker – this is how the majority of the shots in the bike parkour videos were made. 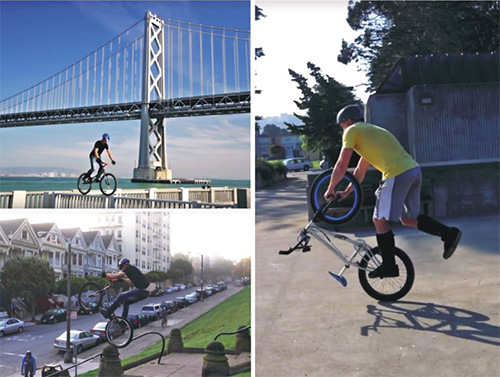 Because of the Glidecam hand-held stabilizer, filmmakers can react to their surroundings with full flexibility and in real-time, which again is not feasible without the stabilizer. Devin needed this freedom to not miss any potentially valuable footage when chasing after bikers who may unpredictably fly through the air, ride on rails, drive up walls, etc. This is not an easy task and requires skill, but it is more than possible when using the Glidecam hand-held stabilizer.

Glidecam hand-held stabilizer have 360 ability through the ultra smooth 3-axis gimbal. This allows for quick and seamless panning, tilting and booming. This can be seen in the bike parkour videos; for instance, some shots feel like you are right under the bikers during jumps while simultaneously accentuates the height of the jumps. This is only because Devin can enter low-mode with Glidecam and tilt the camera to look up.
Finally, by using the Glidecam, Devin was able to create magical shots by circling the bikers doing tricks, while being able to keep the camera directly pointed at the bikers.

Check out the behind-the-scenes videos to see how the Glidecam was used.