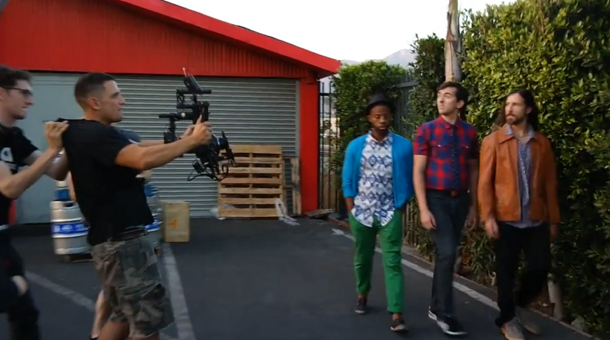 This is the behind the scened video done on director Julien Lasseur’s use of the MōVI M10 by Freefly Systems for his top 10 piece on HBO’s Project Greenlight. Project Greenlight was created by Ben Affleck and Matt Damon, to give up and coming directors a chance to have their film green-lit to be shown in theaters all over the world. Project Greenlight will be airing on HBO, early 2015.

In this piece the MōVI was used to fly the Canon C300, primarily to create dynamic motion between shots. Lasseur chose to use the MōVI over a steady-cam because the MōVI has a smoother look that was perfect for this short film, and was turned onto it by former mentor Shane Hurlbut A.S.C.

Julien was Shane’s main assistant for many years while he was still attending college. He helped Shane on many films over the years including Act Of Valor. Shane is a big fan of the MōVI, and has used it in several recent films such as, Fathers & Daughters, The Greatest Game Ever Played, and Need For Speed.

Project Greenlight was a perfect opportunity for Julien to try out the MōVI for the first time, and I’m happy I could be the one to show them what its all about. Enjoy!