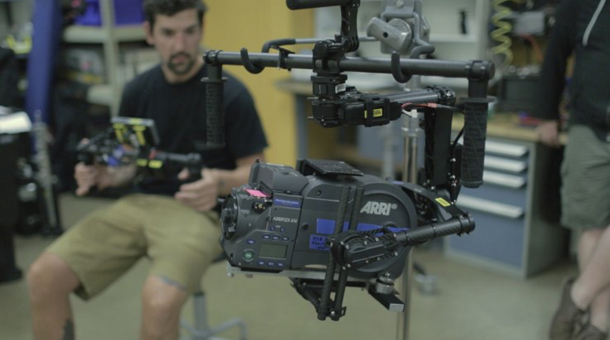 Exciting, daunting, a pain in the ass — there are a lot of ways to spin it to yourself when you’re laying awake in bed freaking out. For the past two months, myself and Dylan Law — the local MōVI tech in town here in Boston — have been hard at work trying to bring our throwback horror film The Cult of Ammon to life. There have been hundreds of challenges in pre-production, as with any short film; but the big bump in the road for us was a technical one — how the hell were we going to shoot film on the MōVI M15?

Before I delve into the technical swamp of handheld gyros, I’ll give you the skinny on what this movie’s all about. The Cult of Ammon is a short film, shot in a throwback 70’s style, exploring themes like nature worship, satanic cults, and isolation. Below is our kickstarter video that goes deeper into the film’s story:

When Dylan came to me with the idea for a satanic, cultist, isolated horror short that could be shot in the middle of the Berkshires, my answer was simple. “Of course I’ll write it, but we’re shooting it on film.” We both agreed that the only way to shoot this story was on Super 16. Dylan, being a professional MōVI operator and DP in his own right, suggested we use the M15 to better sell the haunting, floating camera that made films like The Shining feel so strange. The flexibility of the system would allow us to make dolly moves, tracking shots, and even rig it on ropes into the trees for makeshift jib movements using the Mimic controller.

It was practical decision, since we simply didn’t have the means to bring any other equipment into the remote shooting locations of Western Massachusetts, and this would give us the feel we needed. Below is a location scout Dylan shot on the M10 and RED EPIC:

A kitted out RED EPIC was a tough enough task, but we found this would prove to be something new entirely. We got to work quickly with our first camera of choice — the ARRI 416. It’s light, dependable, and it seemed like our best bet. It took 400’ mags, giving us a run of roughly 10 usable minutes on each load. We were going to have to shed all our digital cinema comforts right off the bat, starting with media management.

Our first real issue was balance. The ARRI 416 is long, probably too long. The main problem, however, is the mounting point. As with all film cameras, the design is for mounting toward the lens mount, leaving room in back for the mags to move in and out. To balance it, we’d need to find the right center. The key to balancing cameras on the MōVI, or any gyro system, is to get a neutral balance. If done correctly, you should be able to point the lens in any direction and have it stay there. Obviously, we couldn’t screw holes in the bottom of mags to mount it closer to center, so construction began on what would come to be called “Dope Plate, Mark I.” 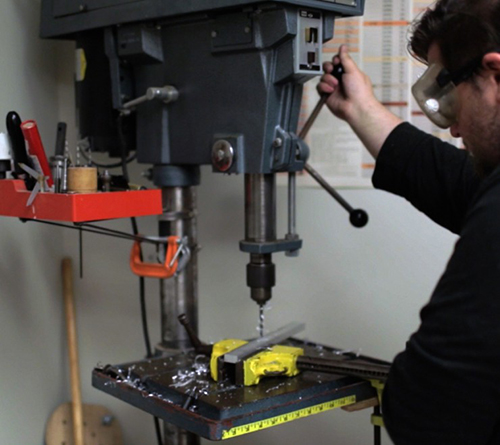 The plate worked, kind of. It was a single bar of aluminum, drilled and tapped to allow us to mount toward the center, with just enough clearance under the mag. We balanced successfully, and powered on. Immediately, the M15 began to vibrate angrily, like some sort of feral animal. “It’s fine.. it’ll be fine” we told ourselves as a team of men pushed into the handles to prevent the shaking. “Dope Plate Mark I” was a failure.

The problem was the roll. The camera is very slender, and was simply too top heavy. The trick with the MōVI motors is to have them work as little as possible — ideally, they will only add the small push the camera needs during movement (this will also lengthen battery life considerably). The vibration was the motors giving in to the near max load of unbalanced, rolling 416. We realized we had to do the unthinkable. More weight.

“Dope Plate Mark II” was born. On either side we placed small steadicam weights, connected with industrial strength velcro. The idea was the same as a pontoon boat — the two weighted arms would stabilize the roll of the camera. We bolted it on, weighted and balanced, and gingerly turned it on. It took some adjusting, but we finally had an operable MōVI build with a film camera.

Since our initial tests, we’ve upgraded the camera even further. The 416 works well, but it’s vicious on the arms of the operator. Here were some of our early tests with the 416:

To shed around 10 pounds, we’ve also begun testing with the Aaton A-minima. This has allowed us to get some serious running shots, as well as all the odds and ends that we need to make the system work comfortably in the field. A Hedén Carat Follow Focus, as well as a rigged together Composite to HDMI scaler, running into a Teradek Bolt 300 to send the black and white video tap image back to video village.

Aside from framing, it’s not really dependable for focus — so we’re doing it the old fashioned way. Lots of marks and rehearsals. In practice, the Aaton is a dream on the M15. The operator can run, jump, and move up and down easily and quickly. It’s weighted similar to a C300, and with tapped ¼”-20 on the top of the camera, we can secure it properly in the cage. The 416 works, but the A-Minima was made for this. Having a film camera this size working reliably means we can really open up our imagination to bring our vision to life, through film, without compromise. 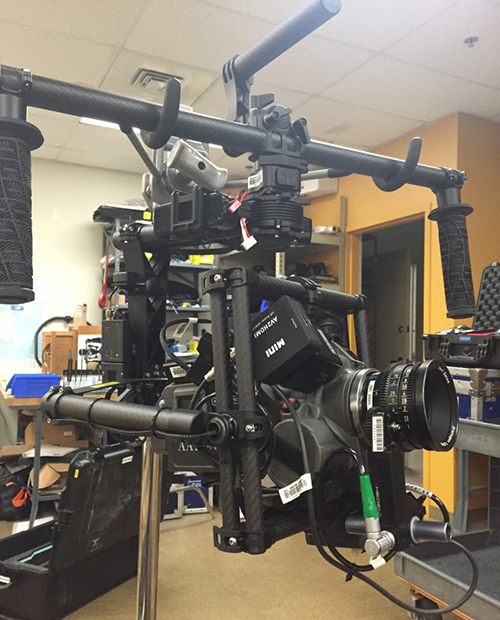 So there you have it — shooting film on modern gyro stabilizers can be done! It’s no easy task, but nothing worth doing ever was. In our next post, we’ll talk about our experiences having a film negative scanned, and the different options one is afforded in a digital grade. Much like bringing the old film world into the new with the MōVI, the post processing is much the same — using a LOG scan to capture all the rich detail film carries.

As you saw up top, we are currently running a kickstarter campaign to help with funding all the film and scanning to bring this project to life, we’d love for you to take a gander. 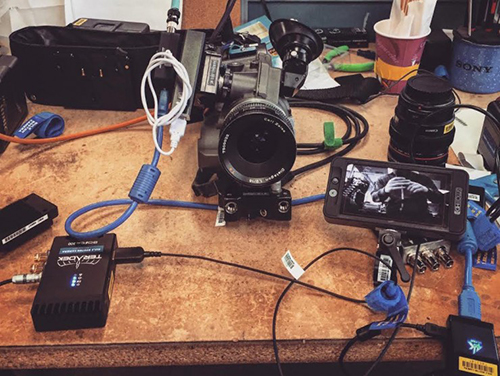