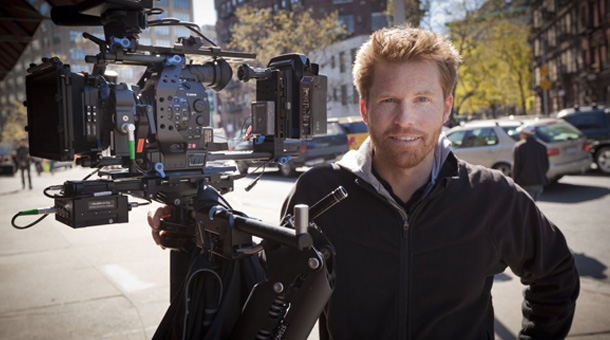 When a television show runs for more than 37 years, it must be doing something right. Such is the case with NBC’s Saturday Night Live. And when the same director of photography remains involved in the show for more than a decade, he must be just as successful.

Alex Buono joined the show in 1999, having worked as a cinematographer and producer on a number of films. His current role involves working with the show’s film unit, which shoots pre-taped segments for the otherwise live production. 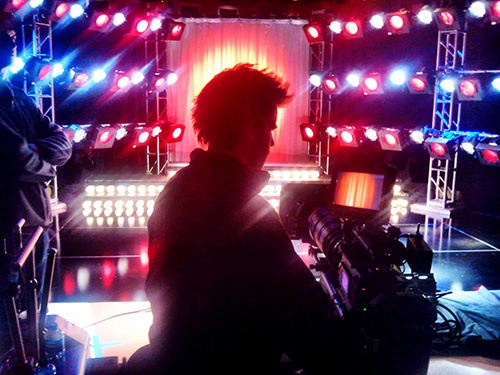 “I’m responsible for the choice of cameras, lenses, lighting instruments—anything that falls into the camera, grip and electric departments,” he explains. “To achieve the quality that is demanded for Saturday Night Live, I have come to rely heavily on various pieces of equipment that come from Tiffen to get us from production to post.”

He says that one of the biggest challenges his unit faces is the incredibly short turnaround time. “We shoot the pre-recorded segments on Friday for broadcast on Saturday. It means we sometimes have less than 24 hours between our first shot and the live broadcast. That’s why I use equipment I have come to trust.”

Meeting Specific Needs
In 2009 Buono started experimenting with the DSLR format, shooting the Saturday Night Live title sequence with a Canon EOS 5D Mark II camera. “Following that, I shot a number of commercial parodies that are a regular feature of the show with a Canon EOS 7D camera on a Steadicam mount.”

The preferred Steadicam mount for SNL shoots is the new Ultra2. This stabilizing unit has been re-engineered, producing a system that is light, strong and versatile. Its modular design allows the system to be customized to suit a variety of shooting situations. 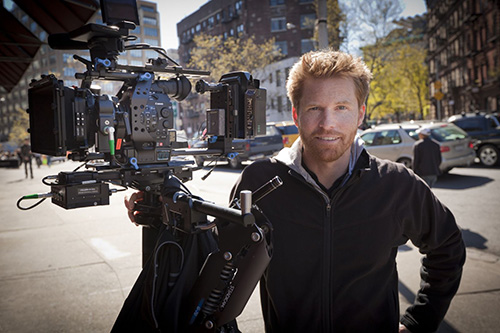 Buono with a Canon camera on Steadicam

Although some of the cameras Buono now uses—the Canon EOS C300 and C500—have built-in filters, he finds that Tiffen filters are still vital in a variety of situations.

“Filters are necessary to fine-tune the image we are capturing. In some cases it involves controlling the exposure through neutral density, in others it’s softening the image through diffusion filters.”

Buono maintains that neutral density (ND) filters are an essential requirement on even the most up-to-date cameras. “With the newer cameras, native ISOs are often around 800, so if you want to shoot at wide open apertures, ND filters become necessary. I often find myself using these filters on interior locations—something I would not have considered previously when shooting on relatively slower film stocks.”

He continues, “A polarizer is the second most common filter, which I use to control reflections. In addition, I often employ cosmetic diffusion filters such as Tiffen Soft/FX for softening facial blemishes without affecting the overall image clarity.”

Saving Time in Post
The pattern of tiny “lenslets” in Tiffen’s Soft/FX filters put fine image elements such as wrinkles and skin blemishes out of focus, while leaving other details sharp. The ratio of clear space to the diffused pattern on the glass determines the strength of the filter and enables the overall image quality and sharpness to be retained. For example, the lighter density filters are subtle; they generate no flare from highlights and don’t reduce contrast. At the other end of the scale, higher densities are more noticeable in their effect while still providing a pleasing portrait.

“I started using Tiffen filters when I was in film school at the University of Southern California in the early ’90s,” says Buono. “I have tried other makes of filters, but cheaper versions often result in a softer image and color shift, which is very unappealing.”

He maintains that it is helpful to fine-tune the image in the camera as much as possible so that less color correction is required in postproduction. “With our fast turnaround times, we have to make everything as simple as possible.” 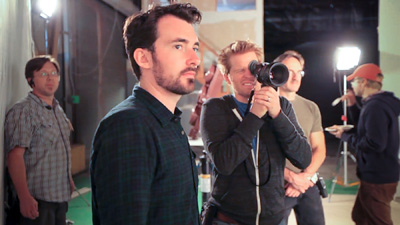 “Tiffen Dfx is useful to me as a communication tool,” says Buono. “I can quickly show my director the look I am considering for a particular scene. Even more useful, after the shoot I can quickly set the look that I want my colorist to match.”

Buono appreciates the way Tiffen Dfx uses real-world terms that professional cinematographers are familiar with. “If I want to previsualize a shot with a CTB [color temperature blue] gel or Tiffen Soft/FX, or emulate the grain of 5245 film stock, I can select that option. In color correction solutions from other manufacturers, there is often not such a real connection between the common terms that are used on set and those used by the postproduction team.”

The Whole Package
Summing up his experience, Buono emphasizes that his Tiffen tools are essential for the SNL workflow. “The most irreplaceable Tiffen product I use is the Steadicam—in fact, I use it for 50 percent of the shots we produce. We use filters on pretty much every shoot, and we always carry Rifa lights in our package—when we need a fast, mobile soft light, there’s nothing better. In terms of postproduction, I use the DFX software as a means of previsualizing different looks and communicating with my colorist. All in all, it is great package of solutions.”