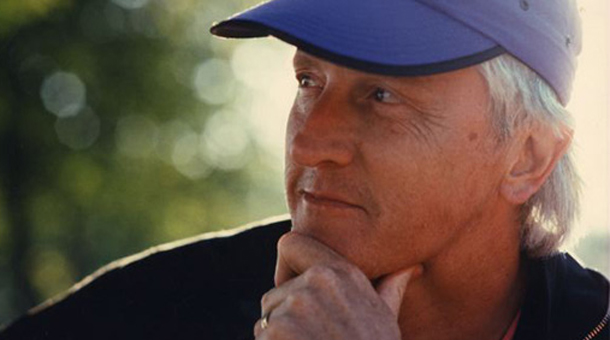 As has been widely noted, inventing is a particularly American trait — it is our birthright, and we do it more consistently, ardently and democratically (men/women/children, all walks of life, all levels of income and education) than anywhere else. This country itself is a great invention. The founding fathers created a place where average people can simply, reliably ‘get things done.’ Through eight changes of power over my lifetime, from Republican to Democratic and back, there has hardly been a moment when getting things done was interrupted, until September 11th, 2001, and even then only briefly…

As a kid I liked reading about the “Rouquayrol Apparatus” in Twenty thousand Leagues Under the Sea” I wanted my name to precede a word like ‘apparatus’! (I tried to call the Steadicam “The Brown Stabilizer” until I was talked out of it by the guy who became my licensee!)

When I was a child in the 1940’s, life still resembled the frontispiece of “The Book of Knowledge” The sky was filled with dirigibles and propeller planes and auto gyros, and the spiral road of man’s progress, from the trudging ‘caveman’ to the ox-drawn plough in the distance, led directly to the skyscrapers and the great ‘Streamliner’ locomotives and sleek racing roadsters and motorcycles in the foreground.

And as late as 1964 — before the computer; before word processing and spell-checking and copiers and faxes; before answering machines and pagers and cell phones and camcorders and walkmans; before CD’s, VCR’s, DVD’s, PDA’s, CNN, GPS, cable, satellite, voicemail, e-mail, and the trillion-celled Internet — when I was already 30 years old, the invention of life as we now experience it had barely begun.

Personal Inventing
Inventing doesn’t have to be for profit, with patents and manufacturers and all that painful rigamarole, anymore than singing in the shower needs a record deal to be rewarding. Protecting inventions and making money from them can be difficult and troublesome; but understanding the inventing process and practicing it as a private gift and a personal art-form yields immense satisfaction. I realize that I’ve been doing it most of my life, and the results are all around me—one-of-a-kind gadgets, techniques, and skills that are at least as rewarding as some of my more celebrated (and troublesome), inventions!

You may not think of yourself as a potential inventor, but devising your own unique objects, tools, appliances, accessories and methods, can be surprisingly easy. The only useful motive, however, is because something you personally want in life is missing.

Most of us take for granted what exists in life and seldom specifically recognize what does not—yet this insight is arguably the most creative of all the inventing acts. If your motive for inventing is just to get rich, the odds are heavily against you, but when you go after something you really want, at least the problem is worthy of your efforts. Of course a degree of common sense is involved in selecting those challenges. (Many of us have pined for anti-gravity, for example, but we understand why it’s still unavailable—it’s not that bloody easy!).

Success may depend on a degree of luck as much as on your resources, but even if you bat .250 in the inventing game it will give you back a lot of satisfaction; and if you’re clever, your strike-outs won’t be too costly. Over the last 30 years, it has become clear to me that the game is not about brilliance or engineering acumen so much as old-fashioned determination and persistence. You poke around in the mist, scoring little pieces of the puzzle until it shows signs of either working or being hopeless, which, as Edison pointed out, is nearly as useful if you intend to keep trying! The fog, at least for me, can be quite dense. I typically don’t see more than a couple of moves ahead and can seldom visualize the complete assembly without actually seeing at least part of it in my hands. So I make sketches, I put together stupid little models at lunch made of pasta or meat or straws and move them around like a kid playing with his food. (If you’re in an inventing mood, eating alone is recommended, preferably in a booth, and don’t forget to consume your ‘model’ before you leave, and chew up those drawing on the napkin!)

And when you score, two things result: your original desire will be more or less fulfilled and you’ll have a great conversation piece, a unique, one-in-the-world gadget to show off — I have dozens of them — and sometimes the money will follow, because if you really want that particular thing, it’s a good bet that other people will too.

You may spend some money (deductible once you have a track record!), but the acquisition of that unique item may actually cost you less than buying one at retail if somebody else had already invented, licensed, manufactured, advertised distributed and marked it up! Even if you fail to score an actual working gizmo, what you have learned may eventually pay off in some other way, since you are now a more-or-less advanced thinker on that arcane subject.

And sometimes, right in the heart of the puzzle, despite sharing the planet with millions of other inventive souls, you may realize that you are out there all alone, way out there where perhaps where no one has ever gone before; and if the thing you are hunting begins to edge into view, it’s a fantastic feeling.

The ‘Way’ of inventing is deceptively simple. It’s not just about gadgets. It is a way of thinking and problem-solving and the principles can be applied to all kinds of everyday tasks and challenges.

There are seven basic steps. Don’t be misled by the breezy quality of the list — the first item sometimes requires the greatest creative leap, and the difficult-sounding remaining steps can be surprisingly easy and cheap:
1. Identify some object (or method or technique) you need or want that is missing—even if its absence has long been taken for granted.
2. Try to imagine all the ways that it might look, feel or operate if it did exist, and make sketches, diagrams or primitive models.
3. ‘Operate’ all the versions, at least in your mind, and select the most promising to try out or build
4. Deconstruct the winning version on paper, right down to its hypothetically disassembled parts.
5. Acquire whatever components can be purchased and hire experts to make the parts that are unavailable *
6. Assemble the thing and give it a try.
7. Improve it or start over (or celebrate!) as appropriate **

* Having parts made may be easier than you imagine — it’s surprisingly cheap, for example, to get things custom welded at drag-racer shops or made out of metal or plastic at machine shops. If you go in with a sketch, welders and machinists will happily help you, and a couple of relationships like that are good for a lifetime of one-of-a-kind stuff. Of course some parts will have to be remade, perhaps several times, until your invention shows signs of working.

** If it’s still a turkey, put it in the ‘bin of whims’ if a near miss or nail up it on the ‘wall of shame’ if totally ridiculous. Be prepared to ignore benighted mockery and placate fearful significant-others but don’t ever entirely give up if there is even a chance in hell that the thing will work.

Eventually, perhaps early some fine morning, at that hour when the brain does its most mysterious problem-solving, you may think of a better way to go and be inspired to try it again!

Evolution…
There is an anticipatory interval, brief or long, in the course of inventing something desirable, that resembles the pre-coital interval (brief or long) in a sexual relationship. I have learned, over the years, to savor it as one of the more satisfying pure contemplations in life. (“The Joy of Inventing” would be laying it on a bit thick, but the foreplay, at least, can be euphoric.) Though my earliest quest (for a ‘vacuum-silenced housing’ for film cameras, yet) would remain unconsummated, and though, invention-wise, notwithstanding my dalliance with several other notions, I was still practically a virgin, the possibility that I might score, was always ineluctably exciting—like the growing conviction that one may actually make love to a newly desirable acquaintance.

Intrigued by an unsolved problem, a missing something, a ‘gap’ in life, you may or may not have considered trying to ‘invent’ something; but once an idea, a possible solution, a plausible answer beckons, it will flicker at the back of your head, drawing your attention to itself, like a distant match-flame. And from that moment on, so help me, endorphins and peptides analogous to the sexual kind, and pheromones from the Muse herself will bind to the old morphine-receptors in your brain to reward thinking about it. Lying on your back in a pre-dawn alpha state, that flame sometimes edges forward and grows brighter and sometimes dims, but once in a great while it keeps on coming, announcing its magnitude over the horizon like one of those ‘cyclops’ million-candle-power headlights that slash ahead of road-trains in the Australian outback, taking no energy from you, the host, but rather lighting up the means of its own design, spotlighting details that were not even known to be missing, becoming more and more coherent; until you alone on earth seem to hold this complete shimmering vision, this incandescent hologram of lights and colors that, who knows, may change your life, if not the lives of others in the wide world.

It has been suggested that the urge to invent, like the sexual urge, is primal and evolution-driven, and is specifically mandated by our large brains, adept digits, and weak, clawless, fangless bodies. We were designed by nature to innovate, yet surprisingly few of us late-model Cro-Magnons still give this innate ability free rein. We are institutionally lulled into using what’s handed to us and accepting the world as-is, and all too seldom do we shout our dissatisfactions and trust our own ideas for fixing them.
Yet even our coddled, over-stimulated present day world still awaits an infinite number of cool and/or essential devices and ingenious solutions; and neither squid, nor snake nor dolphin are up to the task! It’s up to us… In fact, at this stage of our planet-transforming inventive march, it might be said that squid, snake, and dolphin et al depend on us to inventively save their endangered world!

I have seen that magic light show at its very brightest more than once so far in my life (although, strangely, never for the device that became known as the Steadicam — I got way too excited about an earlier, clumsier, totally different version, imagining that it would change the way movies are made and even win an Oscar, but it turned out to be a turkey, and I could never quite trust the feeling or recover that euphoria when the real thing came along a year later!) The all-time ‘big one’, the Great Mental Comet of 1979, launched the quest for my magnum opus, the so-far-unfinished object referred to around here, in 24 years of relevant paperwork, as “The Walking Machine” — a human-powered transportation device that still swings on its irregular orbit back into my life and burns intensely in my dreams. The discovery of this giant ‘gap’ in our lives occurred during the endless hours on set during The Shining, and though I haven’t entirely given up the quest, I have finally decided to share, later on in this book, all that I know about the Walking Machine and several other seductive inventions-to-be, in the hope that someone in the world may score them in my lifetime. (Why? Because after 25 years I still really want one!)