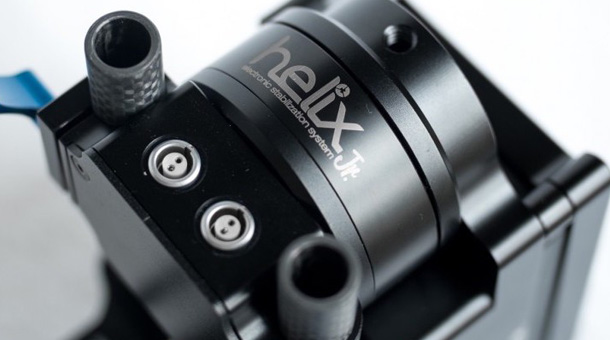 Letus Helix gimbals, known for their 360° roll, are now available with encoders for longer battery life and more consistent operation.

The Letus Helix line of 3-axis camera stabilizers has proved popular with a wide variety of shooters for its small size, light weight, and 360° roll. Because of they way they are designed, stabilizing motors rarely have to travel a full 360°; if the pan or rotate motor went on a full 360° journey, you would eventually see the frame of the stabilizer in the shot as it rotated around in front of the lens. The roll motor, which stabilizes the side to side tilt of the camera—the “dutch” angle—seldom has to go on a full 360° journey to keep your camera stable.

However, for certain applications, a full 360° roll is useful. For instance: if you want to undersling the camera from a crane or drone, then grab it mid-shot and transition to a traditional oversling handheld mode. Or if you want to mount it on a Steadicam sled for particularly complicated Steadicam shots, giving the sled the ability to operate sideways (or even upside-down) while keeping the camera level to the horizon. For certain Steadicam moves, like tracking someone’s feet and moving all the way up to shoot their face, the combination of a leveling head with the Steadicam is essential. 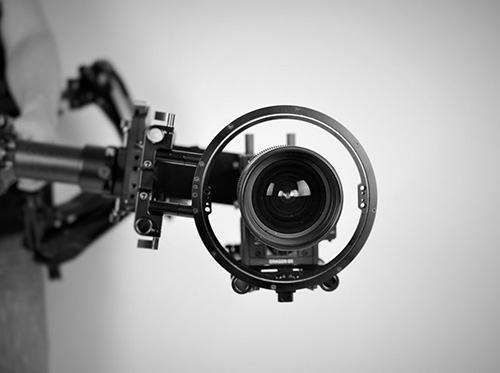 To enable this range of motion, Letus has used slip ring technology. The use of the slip ring has traditionally meant that you couldn’t use an encoder with the motor, since they both need direct access to the shaft, requiring them to exist in the same physical space. Encoders are devices inside the motor that measure the angular position of the rotating shaft and convert it into a digital signal. They help the gimbal stay oriented. If you’ve ever worked with a gimbal that gradually lost its calibration and started to slowly pan off to the side, or up or down, you were dealing with the problem that an encoded motor can fix.

For busy productions that want to save battery life and work quickly on set, this is a tremendous upgrade.

Encoders not only keep the motor more stable, but also allow for outside input: instead of having to go to the remote control to twist pan the camera for a reframe, tweaks can be input by the operator when needed, and the gimbal can accept that input and maintain the new position. Additionally, by knowing precisely how the rotating shaft is oriented, encoded motors can use their power more efficiently in order to keep the motor placed precisely for stabilization. This generally leads to an increase in battery life— Letus claims it can last up to five times as long as before. For busy productions that want to save battery life and work quickly on set, this is a tremendous upgrade. 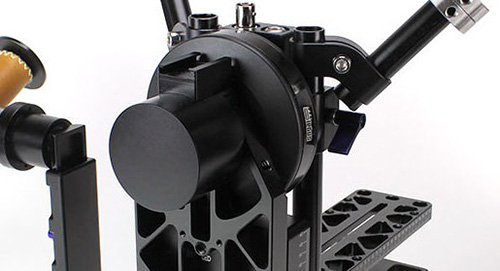 The Helix is available now. The Helix Pro, which is designed specifically for roll maneuvers on a Steadicam or other arm stabilizer, will only be available as an encoded model from here on out. The 3-axis Helix and Helix Jr. will be available with encoded motors for an additional $500.

To promote the new encoding technology, if you order between now and December 31st, the upgrade to encoding will only set you back $200.