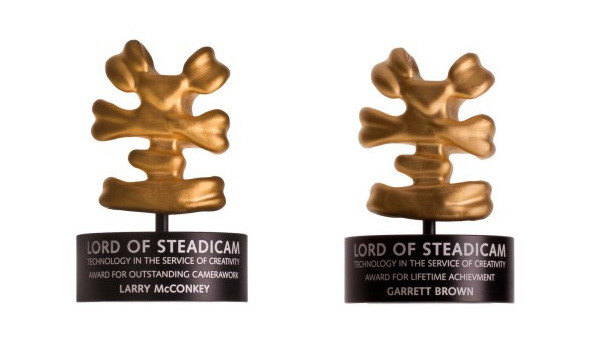 by Christian Betz and Klemens Becker

The first European Steadicam Workshops were held in the early 80s. They were initiated by Nicola Pecorini and Garrett Brown. Nicola (“Base”) Pecorini and Francesca Carapelli’s company organized these wonderful workshops in historic Italian monasteries and breathtaking castles.

When “Base” ceased organizing workshops in the early 90s, Christian Betz took up the cause with Ted Churchill, Garrett Brown, Jacques Monges, Mike Bartlett, Floris Sybesma, and others. 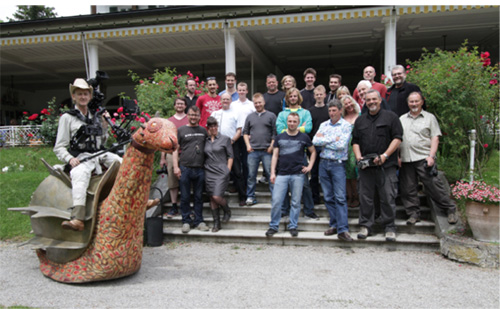 The workshop was hosted by Betz-Tools, the German Distributor of Steadicam since the early 80s, and Tiffen.

During the workshop, the first Lords of Steadicam Awards (in the shape of a sculptured golden Steadicam Vest) were presented. 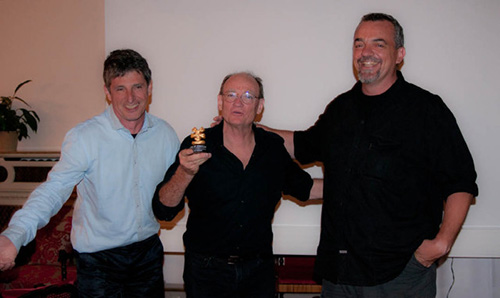 Garrett Brown was honored with the No. 1 Lord of Steadicam Technology in the Service of Creativity Award for Lifetime Achievement. The Golden Vest was presented with the following speech:

“What would the dream factory be without the Steadicam? Inani- mate, static or electronically stabilized pictures, lifeless scenes… Thank God that nobody knows. Steadicam has become an indispensable element of filmmaking since its invention in the 70s. Garrett’s genius gave thousands of people around the world day to day work, not only in this business.”

“Initially Larry taught us how to be a captive audience in the cinema, watching complex scenes with mouths agape and eyes wide open. He designed shots like Mozart symphonies or Strauss waltzes. We launched this award to honor the best Steadicam Operators in the world. Future Steadicam Workshops will perpetuate the ceremony.”

A few days later, Garrett’s quiet dinner at Dal Bolognese in Rome (photo below) was interrupted by throngs of adoring fans. Or were they perhaps waiting for Bruce Springsteen to exit? 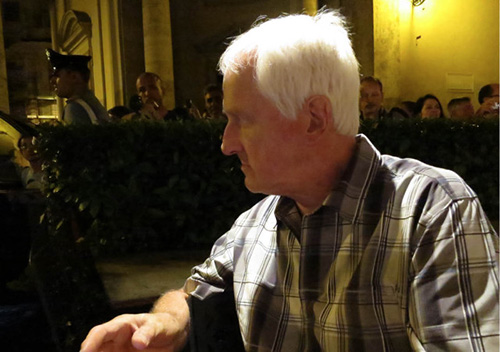 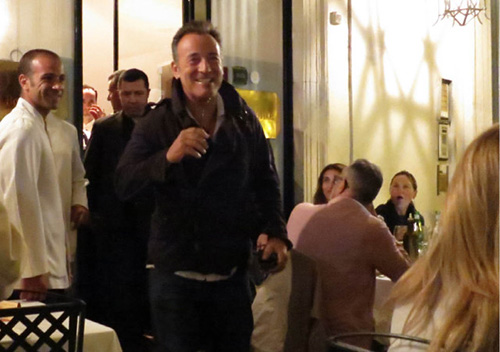