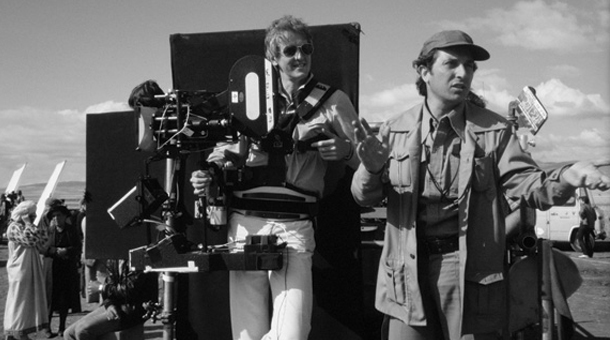 The Pilot is rigid and sturdy and, in true Steadicam tradition, attaches via a brace to the body of the operator. The Pilot can be expanded or contracted enabling one to shoot high above a crowd if needed.

The Steadicam Pilot can also be flipped upside down, enabling one to shoot in low mode, with the camera close to the ground.

The Pilot can be used with the weights from the smaller Steadicam Merlin and these weights can be attached to several places on the Pilot – the effect of weights spread far apart provides a tremendous increase in the inertia of the Pilot, making it very stable, fluid and manageable. The result is a lightweight, small Steadicam which functions the same as the larger, more expensive models.

Garrett Brown says about the Pilot: “Part of our interest is to not make these things be toys but to make them be serious instruments for the art of Steadicam. We feel just because you’re using a lighter camera doesn’t mean you’re any less serious an artist or videographer and why should your tool not be the absolute best.”