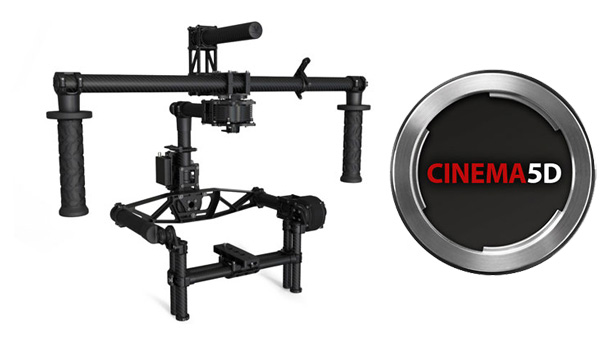 I have bought a MōVI M10 and have been trying to get my head around it for the past weeks. It’s an incredible device and Freefly Cinema have come a long way since I first tested it at NAB 2013, where the operating software still had some troubles – it’s very pleasing to see that they have obviously invested a lot of time in fine-tuning everything.

It takes time to get your head around it because as with every handheld stabilizer, be it Steadicam or a gimbal stabilizer, it takes time to balance it with each and every camera and lens combination you put on. Balancing can be quite tricky, but I will talk more about that in the full review at a later point in time. The crucial point is that you need to add accessories like remote video, remote follow focus, on board monitor etc. to make it perfectly usable – and all of that adds weight which is of course the one thing you absolutely need to keep as low as possible on a device like that (which is limited to a payload of 10 lbs). So it’s definitely not something you take out of the box and just work with – it takes time and practice.

The same goes for the software. Freefly only recently released a Mac version of its MōVI config software, and it allows you to finetune everything perfectly … the way the rig reacts to movement in the Majestic mode (that’s the single operator mode, where it follows your movement) and a lot of other stuff.

My friend Alexander “Bobo” Boboschewski, a seasoned Steadicam operator who knows what handheld stabilizers are all about, spent much more time with my MōVI than me and already used it on a paid three-day shoot for a feature documentary – and the client was psyched about the great results they got. They were worried that it wouldn’t perform as they wished it did because they had already hired someone else with another gimbal stabilizer that they weren’t happy with at all – so their hopes were low (but they were proven otherwise by the MōVI M10′s performance). 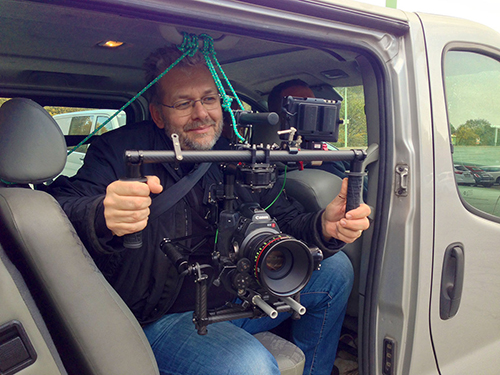 Anyway, there are a few areas in which we didn’t know how the MōVI would behave … strong winds for one, and bad streets for another, shooting out of a driving car.

So together with gyrocopter pilot Jürgen Moors (yes, we will do a Gyrocopter test with the MōVI soon too – it’s one of these things) we tried to find one of the worst streets of Vienna we could think of, and we ended up shooting on a windy long street that consists largely of cobblestones from the 1930s (Höhenstraße). It’s a tour de force to drive on that street even when you’re not filming, but we MōVI in Bobo’s hands, opened the side door of the car and down we went.

Despite strong side winds the footage came out remarkably smooth – there is no visible vibration in the image whatsoever. In some shots he intentionally kept the car in on the left side, so you can see how massively the car was bumping up and down on that street, while the camera itself on the MōVI staid absolutely stable.

In a different shot I drive another car which is filmed with the MōVI from the other car – at 50mm and 85mm (effectively 1.5 x more on the C300 due to the crop factor). As you can see framing became harder for Bobo, but with a bit of choreographing, even that would be perfectly usable footage for something that you would otherwise have to shoot with a Russian Arm or a Libra Head.

Easyrig
One of the biggest problems of the MōVI is the fact that you have to hold it in front of you with your arms sticking out just enough to get really tired quite quickly. It can’t be used for extensive periods of time like a Steadicam with a properly adjusted vest, for example. Then again, it gives you the freedom to hand it over to someone else to get that special “impossible” shot. However, help is on the way: if your shot doesn’t require to change height or hand over the rig, it’s very advisable to use it with an Easyrig, which lifts all the weight off your hands and distributes it your upper body.

During that running scene I had the feeling that the footage would turn out absolutely unusable, because I felt how my running was amplifying all movements from my chest and distributing it over the line to the MōVI. I really couldn’t believe that the footage turned out as stable as it did. 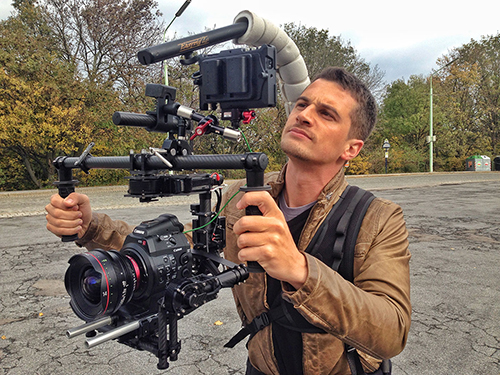 MoVi attached to the Easyrig with 500 Newton
Test outlook

There are many more tests to do with the MōVI and I will keep you posted … next we will be working on a solution that would hopefully allow us to use two of the original MōVI LiPo batteries to power a monitor, remote monitoring (Nyrius Pro) and a remote follow focus in addition to the MōVI itself. 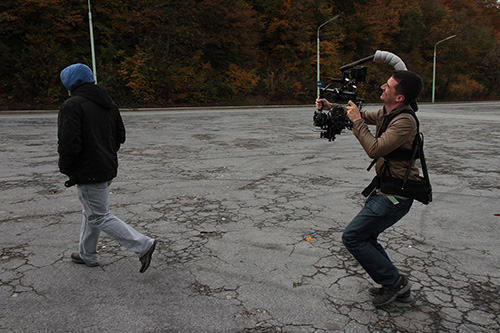 Running with the MoVi on the Easyrig worked surprisingly well!
source: LINK