Home Reviews MōVI Pro is the Next Evolution in Stabilized Motion 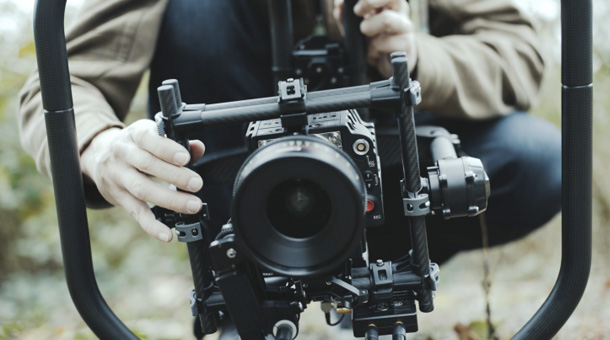 The new MōVI Pro is a more sophisticated, battle-tested design.

When Freefly first released the test film for the MōVI camera stabilizing rig three years ago, it was an exciting moment for indie filmmakers. Shots that previously required expensive equipment were now possible on a reasonable budget. Some shots that were previously impossible were now almost easy.

“This looks like a major step forward for stabilizers.”

But the system—and its many, many copycats—suffered from problems that often plague first-generation products. It could take a long time to get the calibration properly set up. Restart times on battery swaps were time-sucks on set. Cabling was messy and prone to getting snagged, throwing off your shot, or exposure to the elements. The MōVI was great, but it at times felt more like a beta than a final release.

Today, Freefly has finally released the next generation: the MōVI Pro.

Freefly is clearly driven by shooters and has had a close relationship with its customers out in the field; the evolution of the design really shows. For the first time, MōVI looks clean and well-integrated. 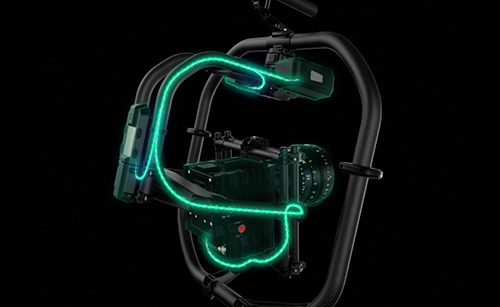 By switching to internal cable routing, the new MōVI Pro not only looks like a designed device (and not something rigged DIY), but it’s also less likely to snag on nearby objects when executing a complicated move. It’s safer from inclement weather, and it’s going to be faster to set up.

“The rig assembly comes with a built-in stand, making it easier for the operator to rest the MōVI.”

To that end, the MōVI now offers a two-second boot time, so you won’t miss a shot waiting on the rig to boot. That feature might not matter much, however, since the system offers hot, swappable batteries; in theory, you could keep the stabilizer turned on all day and never need to boot up by swapping batteries live whenever one gets low. 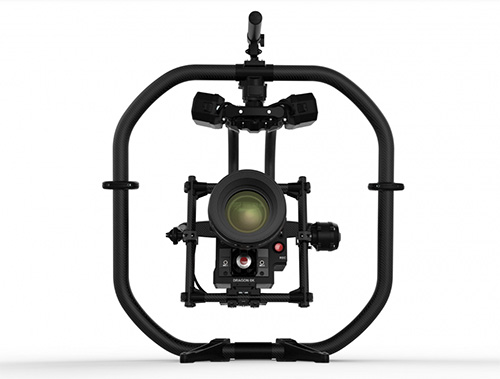 The Pro is also designed to offer camera and accessory power directly, so the only batteries you’ll need to worry about throughout the day are the MōVI Pro batteries.

In addition to power for camera and accessories, MōVI has worked to integrate RED Camera Protocol (RCP) for remote control of RED camera bodies. Even if your MōVI is on a drone in the air or at the end of a 20′ crane, you can change your RED camera settings, including checking playback, from the MōVI remote or the new MIMIC remote. 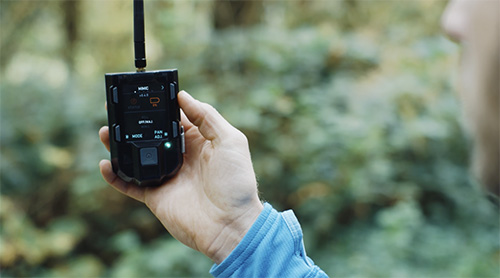 In order to expedite the rig setup, the Pro offers an auto-tune mode that is able to auto-calibrate as the camera setup changes. Time is money on set; time lost to calibrating a camera after a lens change is time you don’t get to spend shooting.

In a final, much-appreciated addition, the rig assembly comes with a built-in stand, making it easier for the operator to rest the MōVI when it’s not being put to dynamic use.

This looks like a major step forward for stabilizers, and one that is well positioned to keep Freefly ahead of the fierce competition in this space.

Packages for handheld or aerial work will come in around $6,500 and are expected to ship in mid-November. For more info or to order, head over to the Freefly site.