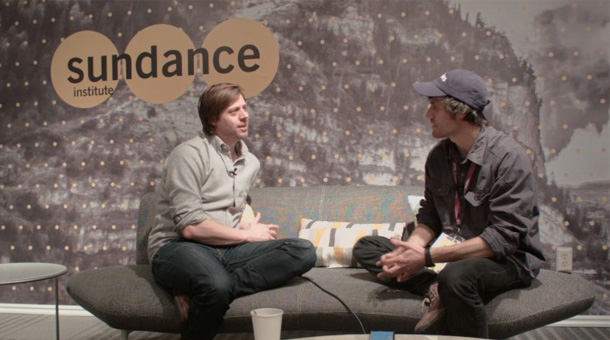 Belgica, one of the opening night films at Sundance 2016, is a prime example of new technologies allowing filmmakers more freedom.

Felix van Groeningen’s followup the to 2014 The Broken Circle Breakdown (nominated for best foreign film in 2014) is Belgica, a story of two brothers’ joint venture operating a bar and nightclub in the heart of Belgium. We sat down with Felix to discuss his return to a more freeform style, his creative narrative use of the MōVI stabilizer, and translating real people to characters on screen.

“There’s only one rule: there will be no rules.”

NFS: How did you decide on the camera movement for this story?

Felix: Ruben [Impens], my cinematographer, who shoots all of my films — this is our fifth feature film together. He reads a lot of drafts and then he has some ideas and I’ll bring some ideas, or sometimes we have something up front. On Broken Circle we wanted to go classic. On this film I wanted something else, I wanted to have more freedom again. Freedom was the most important word we had in those early conversations.

We tried out a lot of stuff and at some point the way we described it was, “There’s only one rule: there will be no rules.” We discovered Xavier Dolan’s films and that guy is so bold in how he shoots. Laurence Anyways was an eye opener for us, to say, “Fuck it, we’ll do whatever we want.”

It has to do with getting comfortable with shooting and not freaking out about style. We’ve worked so long together that we’ll get there — we’ll make something in the end that will work. That freedom made us want to always have 2 cameras so we could go handheld or use the MōVI and change really quick. There’s a lot of scenes with a lot of people and we had to have 2 camera operators for those days. It’s also about discovering new toys, like this MōVI thing: there are so many things that used to be so expensive or incredibly difficult that are very easy if you’re a bit creative.

Our key grip and Ruben would come up with these crazy things: they’d hang the MōVI on a truss and pull it with ropes. We didn’t have very expensive grip material, but this thing is so amazing with what you can do with it that Ruben was having a ball just trying stuff. Every day coming up with new ways to operate it. At some point you could get lost in it too, and you have to focus on what you’re talking about. But we know each other well enough to at some point say, “Stop. It’s fun but it’s not the most important thing.”

We had 45 days of shooting, which is a lot — so we had the money to have the time to experiment.

“While I write I won’t be thinking about the blocking. Whereas some directors do think in images — I don’t.”

NFS: How do you translate real people to the screen and how happy are you with your translation of the real people?

Felix: We hung out a little bit with the [actual] guys. The main worry of the actors — and they were right — was that they weren’t going to be copying them. It wouldn’t feel right. Actors don’t like just mimicking people. In general they want to inhabit the character and figure it out themselves. I do that by doing rehearsals, and sometimes really strange things, like doing improvisations where they would just sit for a half an hour next to each other and not talk, but be in their character. Things where you overcome certain shame or embarrassment, but get to know how he moves or how he would smoke a cigarette. Those things for me are really important. And then I take that along to rehearsing scenes. 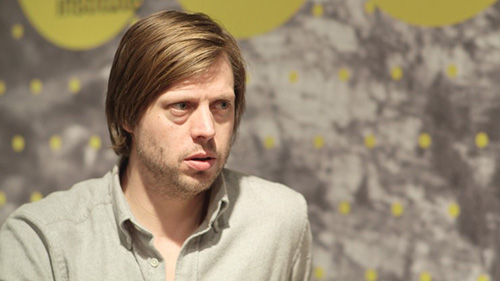 NFS: How do you block your actors, especially using the MōVI?

Felix: For me everything happens while doing it. While I write I won’t be thinking about the blocking. Whereas some directors do think in images — I don’t. What I usually do is start rehearsing with the actors and then Ruben is around and he while start filming and we’ll look back at what he did or make stills of what he did and we will fit it into our concept of how to shoot this movie. He’s really important in this process — I will focus on the storytelling and the actors, and usually the DP does the shot-listing and I let him do it.

And it’s about always keeping your eyes open and seeing what’s there. The scene where he does the line of coke and then comes into the bar — in the breakdown and planning, my A.D. had it on two different days — but it was so great we had to tie it together. So I look at locations and see what’s there and how we can get more out of it.

“There’s so many things that used to be so expensive or incredibly difficult that are very easy if you’re a bit creative.”

NFS: After making five films, what words of wisdom would you have for those just starting out?

Felix: Never stop. Work hard. Believe in it. I work really hard, but I was also really lucky to meet the right people at the right time in my life. I think my advice would be to focus. It’s the only way it works for me. At some point in my life when everybody started making money, I didn’t make any money, but I went for my thing. But I was lucky to not have to do that for years and years. But if you love it, you have to continue, and it can happen.