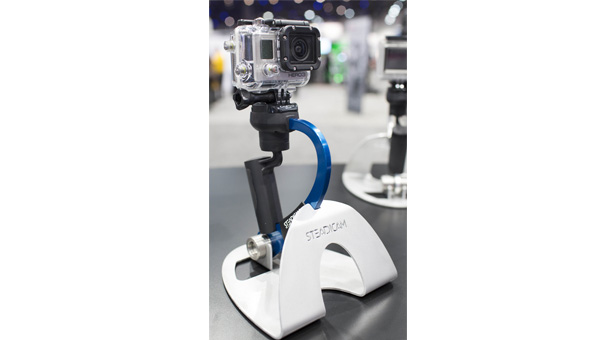 Tiffen launched its new Steadicam Curve at NAB 2013. The Curve is designed to work with GoPro HERO cameras.

I stopped by Tiffen’s booth to try out the Steadicam Curve and was instantly impressed with the usability of the device.

The Curve only weighs a half pound and is made to be operated with only one hand. It is the first Steadicam product that I have picked up and instantly felt at ease with it. For those who are intimidated by these stabilizer devices, this would be a great place to start. 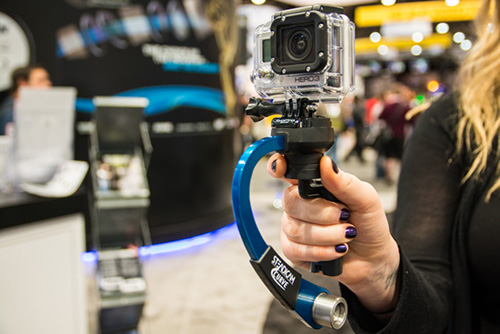 I use a Glidecam 2000 for HDSLR shooting and it works great; however, it requires two hands to operate. One hand holds the handle, while the other hand feathers the balance and rotation just below the gimbal. It requires practice and patient to get it right – and I like to think that I have become quite proficient with it over the past couple of years.

However, the Steadicam Curve is so light that you can just use your index finger and thumb from your grip hand to feather the balance and rotation at the base of the unit. What’s more, is that the control is intuitive and has a much lower learning curve than DSLR-sized units from both Steadicam and Glidecam. 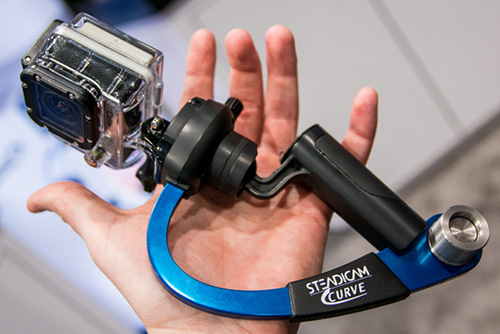 The pivoting handle can also be locked onto the counterweight arm (as seen in the photo above). When locked down, the Curve becomes somewhat of a run-and-gun GoPro rig. While it’s not a perfect rig, it is a quick transition for shots where you don’t necessarily need a Steadicam look and feel. And, given the wide angle of the GoPro, it should work quite well for this intended use.

The Curve has a built-in mount that works with the HERO, HERO2 and HERO3 cameras, although the LCD BacPac is required.

The Steadicam Curve will be available this summer in several colors for around $100. Check availability here at B&H Photo.