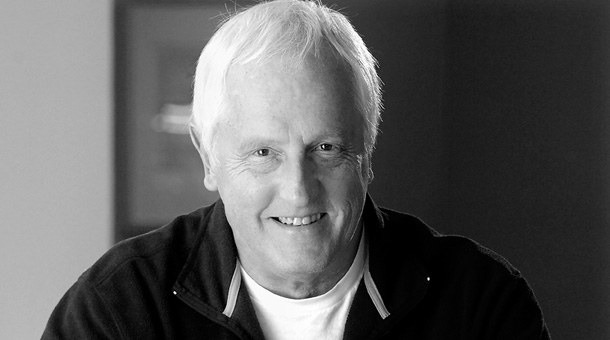 Ahead of his Camerimage seminar on Nov. 18 the Steadicam inventor reveals his thoughts on the art of cinematography

Garrett Brown might not be a household name but in movie circles his invention certainly is: in 1975 he revealed the Steadicam, a stabilizing mount that allowed camera operators to dispense with time-consuming dolly shots and provided a smooth alternative to jerky hand-held. Since it made its debut in Hal Ashby’s “Bound for Glory,” the Steadicam has lent itself to many iconic moments in landmark films of the last 40 years, from the Philadelphia steps scene in John G. Avildsen’s “Rocky,” to the snowy maze chase in Stanley Kubrick’s “The Shining,” and the speed-bike sequence in Richard Marquand’s “Return of the Jedi.”

A member of the American Society of Cinematographers, the Directors Guild of America, the Screen Actors Guild, and the Academy of Motion Picture Arts and Sciences, Brown holds some 50 patents for camera devices, including the Steadicam Merlin for camcorders, Skycam, which flies on wires over sporting events, and Mobycam and Divecam, which follow swimmers and divers at the Olympics. Garrett still lives and works in Philadelphia, touring the world to give classes on the art of Steadicam operating and deliver his seminar “The Moving Camera.”

Ahead of his seminar at Camerimage Film Festival on Nov. 18., the Steadicam inventor reveals his thoughts on the art of cinematography.

Variety: What kind of topics will you be covering in your seminar?
Garret Brown: The actual title is “The Moving Camera: Why Is One Shot Better Than Another?” What particularly interests me is the enormous, unsung effect of camera-operating on an audience, and how to master it as part of our larger art form.

Variety: The Camerimage festival has a special focus on cinematography. Would you say cinematography is in any way an underrated or underappreciated aspect of filmmaking?
Brown: Not by me. I agree with Vittorio Storaro and his colleagues that cinematographers are among the “authors” of cinema, and our contribution is ideally up there with script, direction and performance.

Variety: What do you think makes a great cinematographer?
Brown: All of the above named cinematic arts — script, direction and performance — succeed as much by selection as invention. In our work, an infinity of visual choices — lighting, angles, compositions, moves, and camera operations — ideally reduce to those marvelous images that linger in our dreams.

Variety: You hold 50 patents for camera devices. What drives you to create and innovate?
Brown: I learned long ago to only attempt to invent what I personally want. What interests me is the fundamentals — how we perceive moving images, for example. The externals of camera manipulation, rather than internal particulars.

Variety: When you invented the Steadicam were you aware of the impact it would have on modern cinema — that it would actually become part of film language?
Brown: No. I invented it for myself, to get rid of my big crusty old dolly, but I confess to being astounded by its present ubiquity and usefulness.

Variety: Do you have a favorite Steadicam scene or scenes? Who has used it to its fullest advantage?
Brown: Brilliant Steadicam shots come in an infinity of textures and colors. I have lots of favorites and could no more pick one than pick a favorite piece of music — but I love being suddenly surprised by great piece of work.

Variety: How do you feel about the change to digital, and what do you see as being the most significant aspects of that change?
Brown: I retired from shooting in 2004 and have never worked on a digital movie. My Arri had one switch and no menus, but I do enjoy the facility and shockingly high ISO performance of modern cameras. Yes, the carbon chemistry of human beings and the silvery nitrates of film resonated beautifully for over a century, but ones-and-zeros have completely routed the ‘grains’ that jostled so winsomely and I don’t miss ’em — or the scratches, the dirt, the dreaded “hair in the gate”!