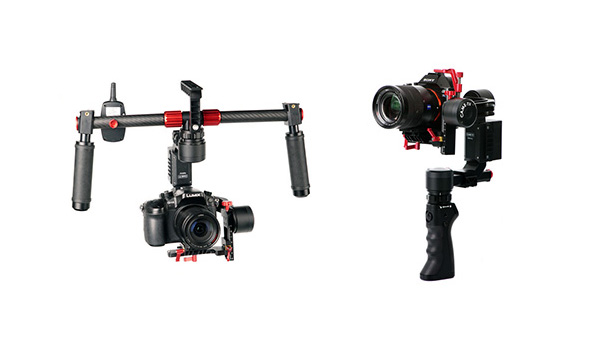 It seems like every once in a while an invention comes along that completely revolutionises an industry. Once you become a part of that movement it becomes difficult to imagine what life would be like (or was like) without it. There are plenty of examples out there but I am of course talking about the 3-axis camera gimbal.

If you’re reading this then you’re probably familiar with what a gimbal does, so I won’t bore you with the basics. I’d also like to point out that I’m no gimbal expert; I’m just a humble videographer who wants to share my personal experiences in the hope it benefits someone looking to invest in a gimbal setup.

Like many people out there, I relied on my budget ‘Flycam’ to get any sort of motion in my shots before gimbals hit the market. It was (and still is) a great piece of kit but it’s not without its disadvantages. Even after years of practice I was finding the more demanding shots took three or four attempts to get right. In certain situations you don’t always have this luxury, not to mention the fact that you need forearms of steel to keep control of these things for more than a few minutes at a time.

The main question that popped into my head when I first heard about gimbals was – ‘are they actually worth the money?’ No doubt you’ve asked yourself this very question, because lets be honest, most of them aren’t cheap. Once you’ve saved your money and have justified the investment, the problem lies with where and what to buy. No doubt you’re familiar with the likes of DJI and Freefly, but if you’re like me, these will probably be out of your price range. There are plenty of other brands out there that cater towards the everyday videographer like myself. The brand I chose to buy from are a Chinese manufacturer by the name of CAME TV. You might never have heard of these guys but they have been operating since 2003 and have become a big name in the gimbal market; with an array of different models to choose from depending on budget and user requirements.

I first started looking at gimbals in the summer of 2016 and had my eye on Came TV’s upcoming model the ‘Optimus.’ I think I had happened upon a demo video from NAB tradeshow but was waiting for its official release and subsequent user reviews before making up my mind. At the time there were only a couple of reviews out there but now there are plenty to look at on YouTube or on Came TV’s blog

What’s interesting about the Optimus is that it allows you to use it as a single-handed ‘pistol-grip’ or alternatively it transforms (excuse the pun) into a more conventional two-handled unit that most people will be familiar with. It’s your choice how to use it – personally I prefer the dual handles as it seems to provide a bit of added stability but the pistol grip is ideal for someone constantly on the move. If you’re going travelling for example, you could throw this in your backpack and be ready to shoot within seconds.

One thing to take into account is that this particular gimbal is designed for small DSLR cameras – it is not suitable for something like the Sony FS5 or Canon C300. I use it with my Sony A7S II and a Sony Carl Zeiss 16-35mm f4 lens. The maximum payload of this gimbal is around 1.2kg / 2.6lbs. I actually bought the Zeiss 16-35 especially for use on the gimbal as I heard using the Metabones Speedbooster combined with Canon glass would overload the gimbal. It’s better to be safe than sorry so I recommend checking the weight of your desired camera and lens combination before you purchase.

I had a number of reasons for choosing the Optimus but one of the main ones was its portability. More often than not I have to travel around a lot and carry lots of gear with me. I was looking for something relatively small and light that was easy yet safe to transport and quick to set up. The Optimus ticked both of these boxes. It comes shipped in a rugged little hard case with foam inserts that hold the gimbal parts firmly in place – protecting the unit from any form of damage that’s likely to happen in transit or on location. If you’re using the gimbal with the dual handles like me, you can have it set up and ready to shoot within a matter of minutes – a definite advantage over some of the other gimbals on the market.

I’ll admit, balancing the gimbal when I got it out of the box for the first time was a little confusing. However, I think after half an hour or so I had it sorted. It’s definitely worth taking the time to make sure you get this part spot on, otherwise it will have an adverse effect on the stability of the gimbal and subsequently you won’t be getting your money’s worth.

Here’s a very helpful video on how to balance the Optimus.

Another great thing about this gimbal is the battery life. The Optimus ships with two small clip-in batteries that boast an impressive ten hours of battery life. I’ve had the gimbal now for over six months and have been really impressed with how the batteries hold their charge. I very much doubt you’ll ever get through more than two batteries while out shooting for the day. They are also relatively quick to charge so you can guarantee that one battery will have fully charged by the time the other runs out of juice.

The fixed horizon is by far the best improvement from using a Flycam or Steadicam. It’s almost impossible to maintain a perfect horizontal plane with a Steadicam but with the gimbal, the problem is almost entirely removed. No matter how aggressive your use of the gimbal is, the horizon will remain fixed – ensuring your footage is silky smooth. It also makes plugins like Warped Stabiliser much more effective when editing your footage during postproduction.

I’d like to take a moment to talk about the few disadvantages of the Optimus – and believe me, there aren’t many at all. One such disadvantage is screen visibility. Because of how the gimbal is designed, the LCD screen on the back of your camera is mostly obscured by the gimbal’s motor. There are ways and means around this issue including how you choose to hold the gimbal while operating it. The other option is to invest in an external monitor. Bare in mind this will increase the time it takes to setup the unit and increase the overall weight slightly – you will be mounting the monitor to the handles not to the camera itself so it will not affect the payload of the actual gimbal. This is something I’ve only very recently purchased myself so I’m still figuring out the angles, but in hindsight, it’s not something you should rush out to buy. An external monitor will be most effective for viewing low shots – bare in mind it would be almost impossible to see the LCD screen on your camera when using the gimbal on ground level. I opted for the Small HD 502 which will set you back an eye-watering £1200, but there are many other options out there at a much more affordable price. 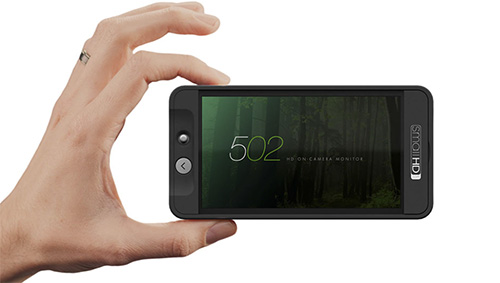 One of the main issues I’ve encountered is buying a suitable Micro HDMI to HDMI lead to connect the monitor to the camera. Because of the position of the Sony A7S’ micro HDMI port and the location of the Optimus’ gimbal arm, there is very little clearance for a standard cable. When I ordered my first cable I wasn’t aware of this but soon realised it was useless and had to look for another solution. The second cable I bought was still far from ideal. Despite the right-angled input it still felt as if it was under strain and lacked the proper clearance. Finally I found a cable (pictured below) that was way more suited for the job – it almost looks like a cable you’d find inside a PC tower. Despite the actual cable being extremely thin, it has held up nicely and I don’t have to worry about it catching or getting snagged on any parts of the gimbal. I recommend buying this cable at a 60cm length to ensure that it reaches from the camera to the monitor without being put under strain. 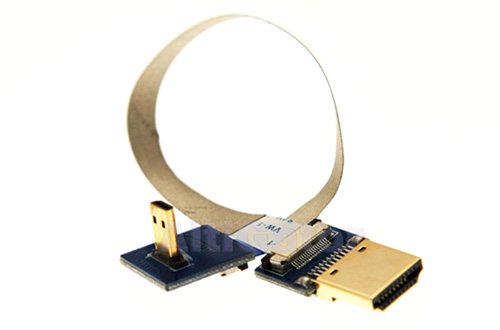 Finally, it is worth mentioning that there is a handy Facebook group for Came TV gimbal owners where you can post your work, post questions and help others with their problems or queries. The Came TV website and blog is also a great resource – here you will find all the information you need as well as examples of user’s work (including my own). I’ve found them to be extremely helpful with any questions or concerns I’ve had in the past so don’t hesitate to drop them an email.

In summary, the Optimus is a fantastic piece of kit. It blew my expectations out of the water and has truly revolutionised the way I film, opening up creative possibilities that I never thought possible. It is by far the best piece of equipment I’ve ever invested in. If you wish to see some of the results I’ve got with the CAME TV Optimus then please take a few minutes to watch the videos below…