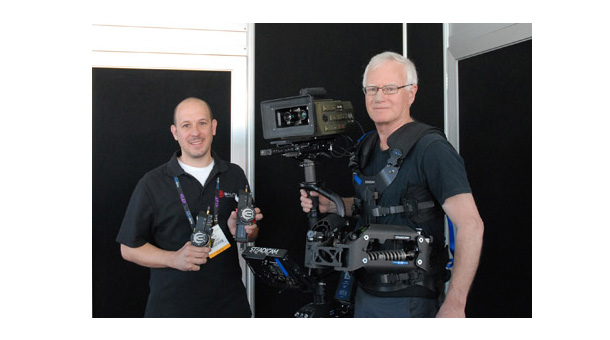 One of the most ground breaking advancements in the motion picture industry has been the invention of the Steadicam. This workshop offers students an opportunity to discover what makes the Steadicam system so unique.

Designed for working with film and video professionals with some camera operating experience, this workshop introduces students to the technical skills and the aesthetic vision required to be a successful Steadicam operator. Through lectures, demonstrations, and multiple exercises, students gain knowledge and experience necessary to understand the Steadicam’s contribution to cinematic experience. Throughout the week students gains basic and practical experience in Steadicam operation.

The course culminates with the shooting of a long and complex dramatic scripted scene with actors. Students with their own rig are encouraged to bring it. Suggested prerequisites are Camera Assistant, Basic Video Production or the Camera Operator workshops.

Instructor: Paul Taylor
Paul Taylor began his career as an Emmy Award winning film editor, then director of photography and director and later a producer with his own production company. He has been teaching Steadicam workshops for 15 of his 25 years in the motion picture and television industry. He works out of Los Angeles and has contributed Steadicam shots to motion pictures such as Adaptation, That Thing You Do, Virtuosity, and Being John Malkovich. Television shows include House, NYPD Blue, Star Trek – The Next Generation, Cold Case, and Nip/Tuck. Music videos include Bjork, Macy Gray, Keith Urban, Rihanna, and The Red Hot Chili Peppers. His other areas of interest include many years as an expert 3d stereoscopic consultant. Paul started in 3D twenty years ago when he produced, directed and edited a 10 minute trailer for a proposed 3D sci-fi feature film. This project included some of the first use of 3D Steadicam and dual 70mm 3D projection. He has co-produced a large format 3D world’s fair film and worked in 3D television as director of photography and head of stereoscopic technology. His recent work in 3D includes an IMAX film, a concert film, a D-cinema project and demonstrating 3D at the Sundance film Festival. Paul is an advocate of starting with a compelling story and then adding immersive 3-D imaging. He is now offering his services as a specialized producer providing custom 3D digital camera systems and then supervising the 3D stereography from pre-production through post.

From one of Paul’s students:
“Coming to the workshop was one of the best decisions I made. Paul Taylor was great.”
– Sena Amengor, Sarasota, FL