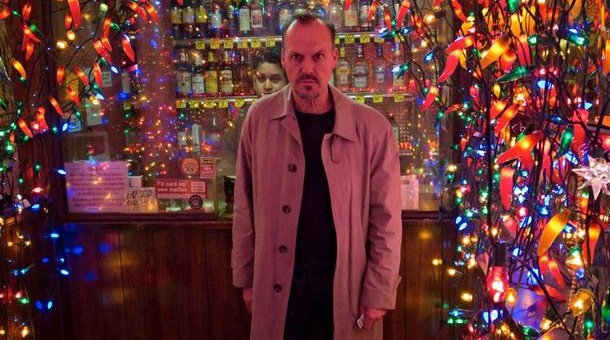 From Hitchcock’s Rope to Alejandro González Iñárritu’s new movie Birdman, directors have used the tracking shot to create the sense of a seamless one-shot film. But is it brilliant movie-making – or just showing off?

In Alejandro González Iñárritu’s new movie, Birdman, a faded movie star, played by Michael Keaton, tries to reinvent his career by staging a Raymond Carver adaptation on Broadway. It is a virtuoso showboat, tipped for Oscars, most forcefully for its lead actor. But Birdman is actually about something other than its ostensible subject: the miraculous ability of today’s digital movie cameras to go wherever film-makers choose – up, down, sideways, on the ground, in the air – and for as long as they choose.

Birdman is a marathon of long-take athleticism. As the movie follows its characters around New York’s St James Theater, the camera bobs in and out of dressing rooms, careers up and down corridors and staircases, even vaults into the sky; and, in one astonishing sequence, follows Keaton’s character as he shambles in his underpants through a crowded Times Square. It’s all done in what appears to be one fluid 113-minute continuous take (with brief coda appended), although considerable legerdemain is used to splice the shots together with hidden edits.

The stylistic razzle-dazzle is all done in the interest of manipulating space, time and the viewer’s perceptions of both. Emmanuel Lubezki, its director of photography, said Iñárritu originally told him: “‘When I wake up in the morning and I start my day, it doesn’t feel like a bunch of cuts. It feels like a constant move.’”

“Life is continuing,” Lubezki continues, “and maybe not having cuts was going to help immerse the audience in that kind of emotional rhythm.”

Birdman achieves that immersion through an unusually ambitious use of what you might call the mad tracking shot – a long, rapturously complicated camera move that seems to defy all spatial and temporal logic. Lubezki has considerable form with the technique: last year he created the extraordinary 13-minute opening of Alfonso Cuarón’s Gravity, in which camera and characters alike float unanchored in space. Children of Men, his 2006 collaboration with Cuarón, features a six-minute action sequence shot from inside a car – a feat that required the creation of a complicated rig resembling a tank with a car embedded within it, and fitted with a free-floating camera.

Lubezki’s work may push the technology to new limits, but tracking shots – of various degrees of intricacy and audacity – have existed in cinema for a very long time. The legendary ancestor of Birdman, as an example of the supposedly seamless one-shot film, is Hitchcock’s Rope (1948), which stitched several shots together by such means as having a character in dark clothes walk in front of the camera, allowing for a change of film.

The term “tracking” is generally used today to refer to any shot that travels through space, not only those in which the camera literally moves on tracks. These days, elaborate tracking shots tend to deploy the very mobile Steadicam, a camera stabiliser system introduced in the mid-70s; Steadicam operators such as Birdman’s Chris Haarhoff have to combine the agility of ballet dancers and the stamina of weightlifters, with perfect timing thrown in. In fact, tracking shots go back to the early days of silent cinema and a genre known as the “phantom ride”, in which cameras were mounted on the front of buses or trains. Their latterday descendants are those hair-raising YouTube POV videos of theme-park rides – tracking shots in the most literal sense.

Film history is full of attempts to bend the parameters of screen space with fancy camera movement. Among the European pioneers of such fluidity were two German greats, FW Murnau in the 20s, and later Max Ophüls: watch the dancehall scene in his 1952 French film Le Plaisir to experience true cinematic vertigo. Among modernist masters of the fluid long take are Tarkovsky, Antonioni and Hungary’s Miklós Jancsó, whose free-ranging camera moves follow processions, cavalry detachments and the occasional nude across vast landscapes. But the jazziest arthouse mad tracking shot surely features in I Am Cuba (1964) by Soviet director Mikhail Kalatozov. In a three-minute evocation of a wild party in pre-revolutionary Havana, the camera descends through several reveller-crammed balconies, weaves between hordes of bathing beauties, then goes underwater in a swimming pool: a delirious advert for the joys of pre-Castro decadence.

In US cinema, the mad tracking shot has become a gladiatorial sport over the years, with directors trying to outdo each other and their precursors. Perhaps the most famous virtuoso long take in US cinema is the opening of Orson Welles’s Touch of Evil (1958), which starts with a closeup of a man’s hands setting a timebomb, then rises on a crane over a Tex-Mex border town, following the victim’s car in and out of shot, until cutting at three minutes 20 seconds – when the bomb explodes. Robert Altman saluted this shot in magnificently cavalier fashion in the opening of his Hollywood studio satire The Player (1992), which outdoes Welles by having scores of actors milling around – but slyly mocks itself by having one character walking around musing on the past glories of Touch of Evil and Rope. 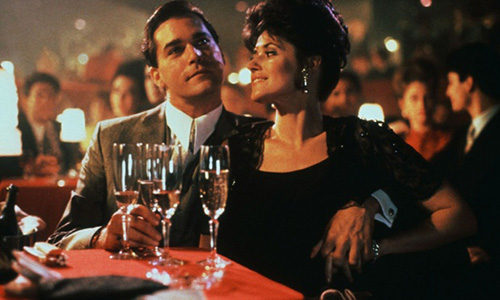 Another legendary example is the three-minute shot in Martin Scorsese’s Goodfellas, in which Ray Liotta’s tyro mobster leads his date into a nightclub through the exclusive back entrance, along winding corridors, through a busy kitchen and to a VIP table. It’s a perfect example of immersive film-making from Steadicam operator Larry McConkey, but it’s not just displaying the prowess of the film-maker. It’s also telling us: this is a real world, it already exists, hundreds of people are already moving around in it, and now so are we.

But there are other cases in which film-makers are clearly just strutting their stuff: Brian DePalma, again with McConkey on Steadicam, outdoes Goodfellas for length and complexity in his Bonfire of the Vanities (1990, 4 1/2 mins) and the even more full-on Snake Eyes (1998, 13 mins), but the result is more exhausting than thrilling. Another egregious bit of flaunting comes in David Fincher’s Panic Room (2002), in which the camera, floating ghost-like around an apartment, even passes through the handle of a cafetiere – just because it damn well can. Such virtuoso turns are a matter of taste. Some people find the one-take panorama of Dunkirk in Joe Wright’s Atonement (2007) heart-wrenchingly evocative; for me, it feels too deliberately orchestrated for spectacle and poignancy.

Film-makers’ increasingly astute command of three dimensions means that the mad travelling shot is no longer such a rarity. It has become part of TV lingua franca: take the walk-and-talk sequences in shows such as The West Wing, or this year’s propulsive six-minute shot in True Detective, a frenzied action sequence following Matthew McConaughey’s Cohle in and out of several different houses. To pull it off, said the show’s director Cary Fukunaga, required every department of the production being on full alert, in real time – “like a live theatre show”. 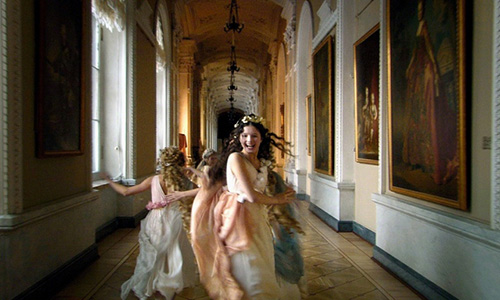 That’s the essence of the mad tracking shot: the sense, so rare in the essentially detached medium of film and TV, that we’re watching a real-time spectacle of actors and technicians testing their limits in the moment. For this reason, the all-out champion of mad travelling shots is surely Alexander Sokurov’s 2002 film Russian Ark, a tour of Russian history and St Petersburg’s Hermitage Museum. It features a cast of more than 2,000 actors and three orchestras, and was genuinely filmed – vast, swirling ball sequences and all – in a single intensely choreographed take (they got it right the third time) by DP and Steadicam op Tillman Büttner.

In its uniquely extreme way, Russian Ark reveals the quasi-live quality inherent to all mad tracking shots, restoring a dimension of dance or circus to the film experience. That’s why Birdman is so riveting: the execution makes us aware of the extremely precarious nature of the challenge undertaken. As you watch actors and camera weaving in and out of position, always perfectly on cue, you can’t help wondering how often director Iñárritu, 30 minutes into some dizzyingly complex take, found himself cursing under his breath, then shouting: “Cut – OK everyone, from the top!”