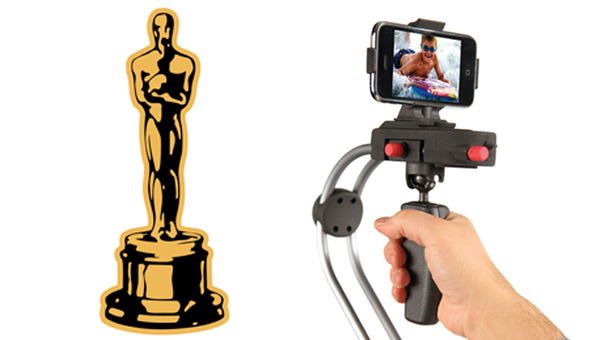 The Tiffen Company announce its support for the Academy of Motion Pictures Arts and Sciences’ Scientific and Technical Awards in conjunction with the Oscars. Tiffen’s Steadicam Smoothee product given away as the exclusive gift for the awards ceremony attendees. Tiffen is providing 450 Smoothee Bonus Packs containing the Steadicam Smoothee with mounts for the iPhone 4/4S and GoPro HERO/HERO2/HERO3.

“We are very honored to be able to contribute to the Academy’s celebration of the Sci-Tech awards, where industry visionaries come together to celebrate outstanding technological achievements,” comments Steve Tiffen, president and CEO, The Tiffen Company. “Helping to create the world’s greatest images is at the heart of everything the Tiffen Company does and, with Tiffen being a past recipient of Academy recognition, having the Smoothee represented at the Scientific and Technical Awards is something the entire Tiffen family is very proud of.”

The awards ceremony will be held on Saturday, February 9, 2013 at the Beverly Hills Hotel in Beverly Hills, California. Portions of the awards presentation will be featured during the Oscar telecast on Sunday, February 24, at the Dolby Theatre™ at Hollywood & Highland Center®, and will be hosted by Seth MacFarlane. The Oscar presentation will be televised live on the ABC Television Network and in more than 225 countries worldwide.

For a complete list of nominees try the Oscars . Please see Tiffen for more information on the Steadicam Smoothee.