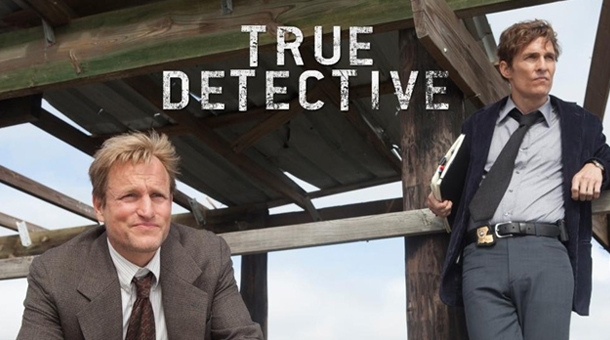 Before reaching the halfway point of the series, Fukunaga decided to end the episode with a six-minute oner, or long take, that follows Cohle into a heist inside a housing project, through a number of shootouts, outside to escape from swarming police, through another house, over a fence and finally into Hart’s car. It’s the kind of incredible shot that’s worth watching again and again to catch every detail in it and further blurs the line between television and film.

To find out how he pulled off the complex sequence, I reached out to Fukunaga to see if he would walk me through the planning and execution of the best “True Detective” scene yet.

Off the bat, it’s important to know that the oner is nothing new to Fukunaga. Having used the technique in both of his feature films, “Sin Nombre” and “Jane Eyre,” Fukunaga signed onto “True Detective” knowing that he wanted to include a long take at some point, because he considers it a tenser kind of directing. “The best ones, you don’t even realize that they’re oners,” Fukunaga said. “They’re the most first-person experience you can get in a film.”

Reading Nic Pizzolatto’s script for “Who Goes There,” Fukunaga knew almost immediately that the heist was the scene to make his oner. All he had to do was convince the entire crew that it wasn’t impossible to pull off.

To cover as much ground as he wanted to in the sequence, Fukunaga needed to shoot in an actual housing project, and that was the first complication in planning the oner. It took weeks to even get permission to film on-location, but once he received it, Fukunaga went straight into mapping the shot and finding “the most interesting path, but also the most logical path” for Cohle to escape with Ginger. That interesting and logical path eventually takes Cohle and Ginger over a chain-link fence, a maneuver that proved to be the most complicated of the intricate sequence.

Watching just the fences portion of the oner back, the camera floats over the high barrier in a movement that almost looks effortless. Getting the shot, however, was anything but. Because the location was an actual housing project, the “True Detective” crew wasn’t allowed to take down any portion of the fence, so they had to improvise. “At one point, we were going to build a ramp, and the operator was going to walk up it,” Fukunaga said. “But that wasn’t very safe.” The solution ended up involving placing the Steadicam operator on an elevated jib, or a weighted crane, which carried him over the fence and back down to earth.

Once the camera movements were figured out, the production carefully choreographed everything that had to happen in front of the lens with the help of a stunt team led by Mark Norby, who personally worked with McConaughey to develop a fighting style for Cohle. The crew even built a replica of the stash house for the stunt team to practice in before the big shoot.

“We had ADs [assistant directors] all over the neighborhood because we had to release extras, crowd running background, police cars, stunt drivers. There were actual gun shots and stones being thrown through windows. There were a lot of things to put together,” Fukunaga said. “Even the action, the stunt sequences were complicated. We’re working on a television schedule. It isn’t like a film where you can spend a lot of time working the stunts out with the actors. We only had a day and a half to get Matthew and everyone else on the same page.”

All told, the sequence clocks in at around six minutes. Fukunaga and the crew ran through the whole thing seven times while the cameras were rolling. The director built in possible edit points if two takes had to be combined to make the perfect version of the shot, but anyone who is wondering should know that the sequence everyone saw in the episode is, in fact, a true single take and one of the great achievements of filmmaking for television.