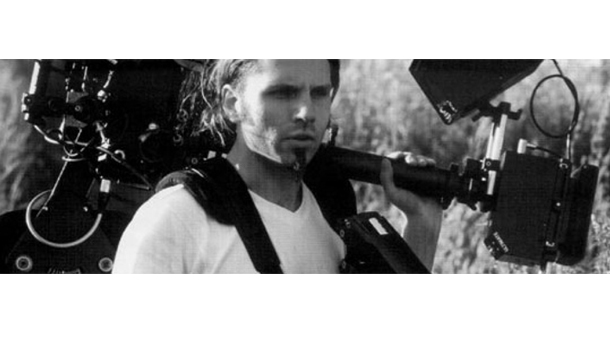 The following is based on my opinion and experience, which may not reflect those of all operators.
Edgar Meyer, the famed American double-bassist, has had a profound effect on my thinking. Edgar plays a 300-year-old contrabass that is bigger than he is. He has changed the way many people think of his instrument. He once won a fiddling contest on his bass – proving that he had brought speed and agility to an instrument that had always been perceived as a lumbering, sluggish giant. He makes the bass sing like a cello, or roar like a lion.

The steadicam has long been thought of in the same way. Often burdened with heavy sync-sound cameras, the ring can be sluggish and lumbering. But innovations in gear and cameras have changed that dramatically.

The invention of the steadicam has had a widespread impact on every form of filmmaking since the late 1970s. In feature films, steadicam is all about being cinematic (rock solid moves, level horizons, fluid pans, etc.). This is a disciplined form of operating that takes years to perfect through constant experience.

For the past three years, my view of steadicam has shifted from the original teachings. I have been operating for six years, and have worked on nearly every level of production and genre of project. Through these experiences I have gained insight into what steadicam is and can be.

From my early days with the rig to the present, music videos have provided the foundation of my experience. Thankfully, I am a musical person. I listen to a diverse range of music and dabble with various instruments, mostly percussion-based. Music videos taught me how to push the steadicam equipment beyond its apparent limits, doing physical things never asked of me in a narrative environment. Working between commercials, features, MOWs and music videos forced me to switch styles all the time.

This constant change between formats and styles allowed me to see the rig in a different light. I began to see that the steadicam is more like a musical instrument than a piece of motion picture gear. I taught myself how to play the steadicam like an instrument. With the new outlook, one can compare musical genres with the major modes of operating. For example, feature films can be thought of as „classical“ operating, akin to highly skilled classical musicians who read the music and play the composer’s notes flawlessly.

Music videos, on the other hand, tend to fall more into the „jazz“ school of operating. The operator becomes more in tune with the groove and flow of a moment, and has the freedom to improvise within the root structure of a given shot. This is not unlike a jazz player who learns through years of jamming how to „colour outside the lines“ of a musical passage. It was this thinking that led me to coin the term „camera soloist“. Pianists are not called „piano operators“. It is simply a matter of perception.

I have focused my energies on further developing these techniques, and have made some wonderful discoveries. With the mental concept of the rig as a musical framing instrument deeply rooted in my head, I see the points in space that the rig must hit to form the shot as notes, and the timing between hitting these notes as the time signature of the shot. Once I have learned a piece of music for a particular project, those points in space become second nature, and I then have the freedom to improvise within that structure.

A year and a half ago, I invested in all new equipment – stuff that was very „new school“. Every component in this chain (sled, arm, harness) has a combined effect that allows me to do things I could never do before. Greater rigidity in the new XCS Ultimate sled (refers to the post/monitor/battery/camera platform) means more violent speed changes without vibration, and the use of longer lenses. A more transparent arm system (PRO arm) allows for delicate, positive height changes and snappy lunks (more below). The Daniel Sauvé harness, which was custom made for my torso, means I suffer less fatigue, have greater comfort and can achieve more extreme body positions. The lower profile of the rig itself means better balance and a more intimate „sweet spot“ (the ideal comfort zone where the rig rides next to your body).

One of the most interesting techniques to have been born out of this thinking is the „lunk“, a term that director Lisa Mann and I came up with three years ago to best describe a move where the camera/rig is thrown away from my body, either straight forward, or side to side. This creates a slingshot effect where the momentum and weight shift pulls me after it. I basically burst into a short spring to catch up o the rig, then I stop very suddenly. The same can be done in reverse, running backwards away from the rig, then snapping it back to my body with my rms. This takes good footwork and bursts of strength. But the on-camera look is amazing – people always think it is some kind of motion control playback/camera ramping, but it’s all in-camera on the steadicam, and it is free of wobble.

Combined with music, this creates a tertiary effect. I look at it this way. There are two initial stimulants for the viewer. The music, if the viewer enjoys it, creates positive stimulus (goose bumps, euphoria, joy, etc). The visual of the performer/subject/environment creates a secondary mood enhancement. Now add the rhythmic pulsation of the camera’s movement and you have a kinesthetic response – a physical sensation of movement created by camera motion.

So these three factors now multiply together to create a sum that is greater than its parts. There is now a three-dimensional interaction of the frame with the music.

This is often what some operators refer to as being in the „Zen“. When all of the planes of action come into harmony, it is a „high“ for the operator, at least for me. When this is happening, all else disappears; it is just the frame and the motion. The connection to that universal groove that musicians speak of takes over and you become the conduit.

Being a commercial/music video DOP allows me the greatest creative control, and allows me to continue to try new ideas and techniques. There is so much to explore with the steadicam. Hey, it took 300 years for Edgar Meyer’s bass to win a fiddle contest.

EDITOR’S NOTES: CSC Associate Jeremy Benning is a Toronto-based director of photography/steadicam operator. He was instructed by Larry McConkey in New York in 1996, and has since taught at three steadicam workshops in Canada with Los Angeles-based operator Paul Taylor.

Steadicam (capital S) is the brand name of the original, body-mounted camera stabilization equipment, but the term „steadicam“ is universally applied to all makes of stabilization rigs, much like kleenex has become synonymous with all facial tissue. Benning, who uses an Xtended Camera Support (XCS) Ultimate sled, says he has „never liked the word steadicam; that’s kind of why I thought of the term camera soloist. However, the reality is that people would think ‘m insane if I insisted that I be billed that way on call sheets“.